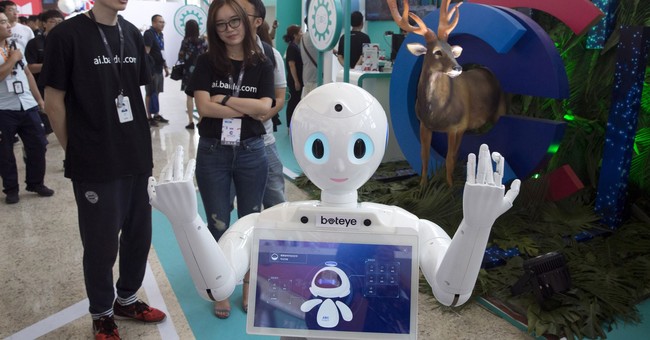 Robots, CNN wants you to know, are likely sold and created in the color white because humans are prejudiced against black people, thus the creators of this artificial intelligence infuse their personal racism into choosing the color of said robots.

"Have you ever noticed the popularity of white robots? The reason for these shades of technological white may be racism, according to new research," CNN tweeted.

Have you ever noticed the popularity of white robots? The reason for these shades of technological white may be racism, according to new research. https://t.co/PHJHO91VtA

"Robots And Racism," a study conducted by the Human Interface Technology Laboratory in New Zealand (HIT Lab NZ) and published by the country's University of Canterbury, suggests people perceive physically human-like robots to have a race and therefore apply racial stereotypes to white and black robots.

These colors have been found to trigger social cues that determine how humans react to and behave toward other people and also, apparently, robots.

"The bias against black robots is a result of bias against African-Americans," lead researcher Christoph Bartneck explained to The Next Web. He told CNN, "It is amazing to see how people who had no prior interaction with robots show racial bias towards them."

The responses on Twitter were pretty comical and also insightful into how ludicrous the claims were.

Absolutely no one has noticed this

Yes, everything is racism. The word has lost most of its meaning as it is through overuse and misuse. Your effort to completely eradicate its value is interesting, especially for a bunch that loves to feign wokeness.

I’m still not over that someone at cnn delved into “robot racism” pic.twitter.com/Df8hzttkt3

We've all lost our minds. https://t.co/pdmaaLMrV6

This is the kind of thing I would expect to see as a parody article if someone was making fun of “woke culture”.
But nope, it’s real and it’s on CNN https://t.co/TVZ3Rpchxi

One Twitter user commented that if the robots were black, then CNN would run an article explaining how they're not white to indicate slavery. Whatever the case, CNN continues to be a joke.