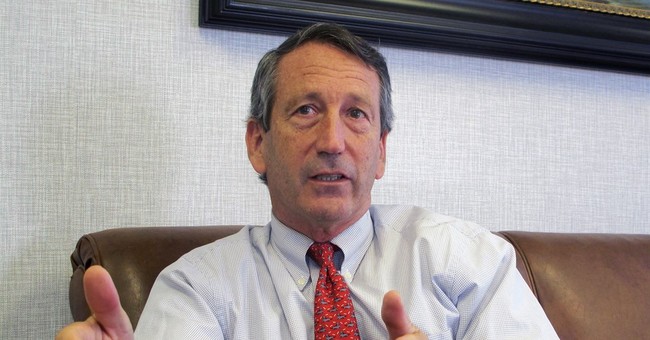 Parscale bluntly told the Wall Street Journal, "Whatever," upon hearing the news.

Former South Carolina congressman Mark Sanford is mulling a run for the presidency and entering the GOP 2020 primary. Sanford told a local paper Tuesday morning that he will use the next month to decide whether or not he should get in the race.

Indeed, political experts are not sure that Sanford's "audience" exists at all. University of Virginia's Larry Sabato told the paper, "Is he a serious challenger to Trump? If you mean by serious challenger that he could beat Trump, the answer is no, but there are other ways to measure challenges."

“If he can make the argument against Trump, if he can really whatever remaining ‘Never Trumpers’ there are out there, then he could have an impact," Sabato continued.

There is at least one person in America would support the run --  Rep. Justin Amash from Michigan. Amash, who is also losing his primary polling, recently announced that he was leaving the Republican Party because of his disagreements with President Trump.

Sanford lost his 2018 primary after the president lambasted him by saying, "He is nothing but trouble" and "Mark Sanford has been very unhelpful to me in my campaign to MAGA. He is MIA and nothing but trouble. He is better off in Argentina. I fully endorse Katie Arrington for Congress in SC, a state I love. She is tough on crime and will continue our fight to lower taxes. VOTE Katie!"