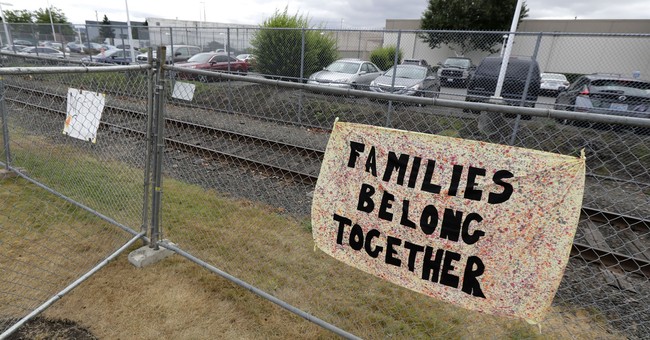 The Seattle Times reports that an armed man was shot and killed this morning after attacking a local Tacoma Immigration and Customs Enforcement agency with Molotov cocktails at 4:00 AM this morning.

Around 4 a.m., officers responded to an ICE employee’s report of a man armed with a rifle and throwing homemade incendiaries at the building and vehicles in the detention center’s parking lot, as well as attempting to ignite a propane tank, according to Tacoma police. Officers say they saw the man wearing a satchel and holding flares, as well as the rifle.

Officers reported “shots fired,” police spokeswoman Loretta Cool said, at which point the officers had fired; she did not know whether the man also fired.

Officers retreated to cover, uninjured. After medical aid arrived, officers approached the man and determined that he had been shot and killed. It is unclear whether the man was shot by officers or shot himself, Cool said. All four involved officers fired their weapons, she said.

The shooting comes just one day before ICE is expected to begin deporting thousands of illegal aliens with final order of removal.

Dozens of protests propped up across the country on Saturday. As Townhall reported earlier today, at an ICE protest in Colorado, rabble-rousers tore down the American flag and replaced it with the flag of Mexico.

Seattle Times also reports that "A spokesperson for the GEO Group, the private prison company that operates the Tacoma detention center, said that the company’s facilities have never been overcrowded or housed unaccompanied minors, the issue that has sparked national protests."