Massachusetts Welfare Spending On Alcohol Plummets More Than $240,000 Annually Thanks To Better Enforcement 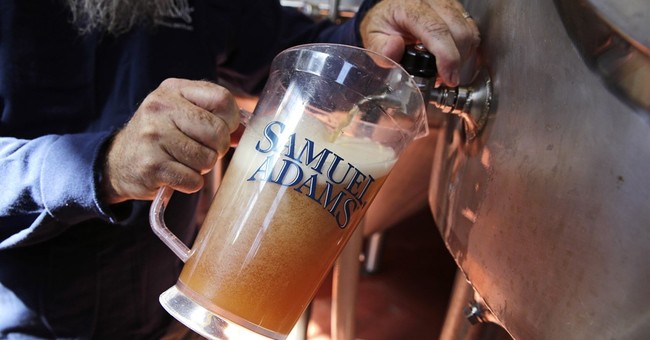 Thanks to strict enforcement started under Democratic Governor Deval Patrick and continued under Republican Governor Charlie Baker, the Commonwealth of Massachusetts has prevented hundreds of thousands of dollars in government provided assistance from being used towards alcohol and other prohibited items. But, now, the Commonwealth has a new challenge of preventing welfare recipients from using tax dollars towards recently legalized recreational marijuana.

The Gloucester Times reports that following a "scathing" 2013 audit which found millions of questionable expenditures by welfare recipients, Gov. Patrick ramped up the enforcement of welfare laws. The measures introduced by the Democratic governor included increasing the amount of blocked ATM machines giving out EBT money. For example, if the ATM machines were in locations such as a liquor store or bar, then EBT users would be prevented from using their card at that particular location. The results had huge success:

Overall, prohibited spending of welfare benefits at bars, liquor stores and other banned locations has plummeted from $258,080 in 2013 to $16,136 in 2016, according to the agency, which attributes the decline to better technology and stepped up enforcement efforts that have blocked EBT cards from being used at 3,700 locations.

Now, the agency behind the program is using the same sort of tactics to prevent purchases of marijuana:

Welfare recipients cannot buy legal marijuana products with their EBT cards, but the state Department of Transitional Assistance, which oversees the program, has “blocked” more than 100 ATMs and other point-of-sale terminals in or near 20 recreational pot shops since November from being used to take out cash.

That has prevented 28 attempted purchases, totaling $1,825, according to the agency.

“The Department of Transitional Assistance’s responsibility is to ensure that all benefits are used appropriately,” the agency said in a statement. “Recreational marijuana establishments are prohibited by law from accepting electronic benefit transfer cards.”

But critics say that unlike the ATMs in bars or liquor stores, the blocked machines for marijuana users are actually hurting families who are not looking to buy the drug. Since the machines are not in the cannabis dispensaries and are simply located nearby, innocent welfare recipients are unable to get their money they legally should have access to, some claim.

“We’d like to see the money going to help families get what they need rather than trying to micromanage their daily activities,” Naomi Meyer, a senior attorney at Greater Boston Legal Services told The Gloucester Times.“Low-income people aren’t using cash assistance to buy prohibited items, they’re trying to stretch every dollar to meet their family’s basic needs.”