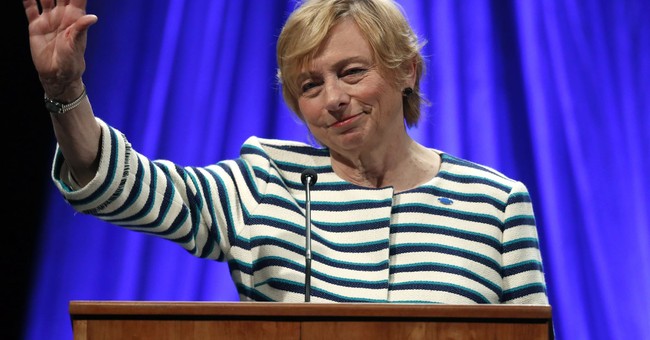 Maine Democratic Gov. Janet Mills continued her attack on the sanctity of life yesterday, as the former state attorney general signed into law the legalization of doctor-assisted suicide, otherwise known as euthanasia.

The "Maine Death With Dignity Act" is similar to laws in six other states as well the District of Columbia. These laws allow patients with terminal diseases to choose procedures that cause the patient's death rather than continuing treatment or dying naturally.

As noted by USA Today, "the Maine bill says getting or giving life-ending medication does not qualify as suicide under state law, effectively legalizing the practice often called medically assisted suicide."

If one wishes to "die with dignity" as the bill implies, patients 18 years or older "must undergo two waiting periods, submit one written and two verbal requests, and get the opinions of two physicians that a fatal dose of medication is appropriate. Doctors must also screen patients for conditions that can impair judgement, such as depression."

However, critics of the bill assert that there is nothing dignified about this kind of legislation.

Matter Vallier, the executive director of the Patients Rights Action Fund, said in a statement released yesterday, "The legislature and Governor Janet Mills failed the people of Maine. Assisted suicide is a dangerous public policy that puts the most vulnerable people in society at risk for abuse, coercion and mistakes."

The American Medical Association also opposes the practice. The AMA was established in 1847 to foster "a healthier future for patients" as well as establish ethical guidelines for doctors. The AMA says that it is "understandable, though tragic, that some patients in extreme duress—such as those suffering from a terminal, painful, debilitating illness—may come to decide that death is preferable to life."

Embarrassing: Biden's Grand Energy Plan Just Got Blown Up...By the French President
Townhall
'This RULES': Beavis and Butthead find out they have 'white privilege' and it's the funniest damn thing you'll see today (watch)
Twitchy
The White House’s Secret Meetings With BlackRock Are a Major Threat to Freedom
Redstate
'Top Gun' Hits Over $1 Billion and the Left Is Going Crazy: Here’s Why
PJ Media