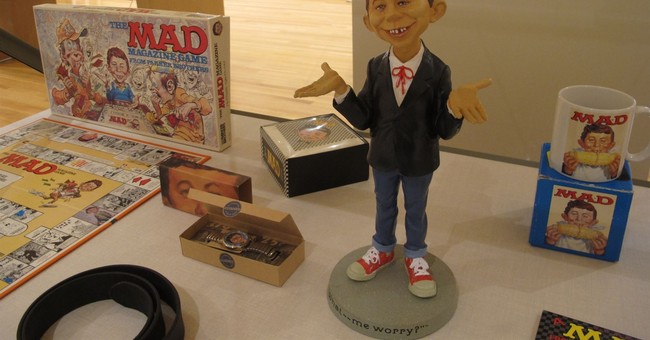 Say what you want about the man, but President Donald J. Trump reigns king in terms of giving his political opponents nicknames. His latest moniker was bestowed upon South Bend Mayor Pete Buttigieg during an interview with Politico on Friday. The commander-in-chief bluntly told the magazine that "Alfred E. Neuman cannot become president," referring to the iconic mascot for the magazine MAD.

The president made his remarks during a 15 minutes interview with Politco Friday afternoon. As noted by the magazine, "Neuman’s freckled, gap-toothed face and oversized ears have for decades graced the cover of the humor magazine Mad."

Buttigieg, for his part, admitted he had to Google who exactly the president was speaking about. "I’ll be honest. I had to Google that," Mayor Pete told Politico. "I guess it’s just a generational thing. I didn’t get the reference. It's kind of funny, I guess. But he’s also the president of the United States and I’m surprised he’s not spending more time trying to salvage this China deal."

As one source close to President Trump told Politico, these nicknames give President Trump a huge edge over his opponents, whether the American political class likes to admit it or not.

“Trump believes that if you can encapsulate someone in a phrase or a nickname, you can own them,” the source said. “Low energy Jeb, Little Marco, that kind of sh** really diminishes people and puts you in control of them and that’s what Trump is a genius for doing.”