Texas Cracks Down On 'Wild, Wild West' Of Motorized Scooters 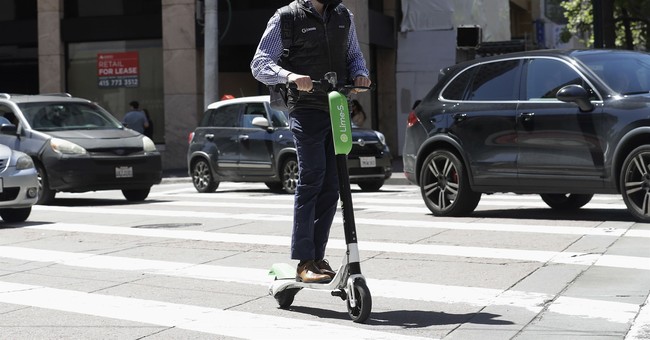 If you've been to any major city recently, you've probably noticed people whirring by on motorized scooters to get from point a to be point b. At first what seemed like a convenient and affordable way to venture across a city has now become hazardous and annoying for pedestrians as more and more scooter rental companies pop up, leaving their riders all the more brazed in their travel on their rental transportation.

The Texas Senate just passed a bill "that would crack down on increasingly popular motorized scooters, including setting speed limits and banning the use of rented scooters on sidewalks."

“We are beginning to see more and more accidents that are occurring on the electrical scooters,” State Sen. Royce D. West said. “A lot of sidewalks and roadways were not designed for this particular purpose.”

"It’s like the wild, Wild West out there, without rules,” said Sen. Juan “Chuy” Hinojosa, D-McAllen echoed in a similar statement.

Even Texas Republicans believe the scooters need more oversight. “I personally, here in Austin, almost have been hit three times — very close calls — by scooters, not because I wasn’t paying attention ... but because someone came so unexpectedly, and at such a high rate of speed,” Sen. Joan Huffman, R-Houston.

The following regulations would be placed into law if the House passes the bill and if Texas Gov. Greg Abbott signs it into law.