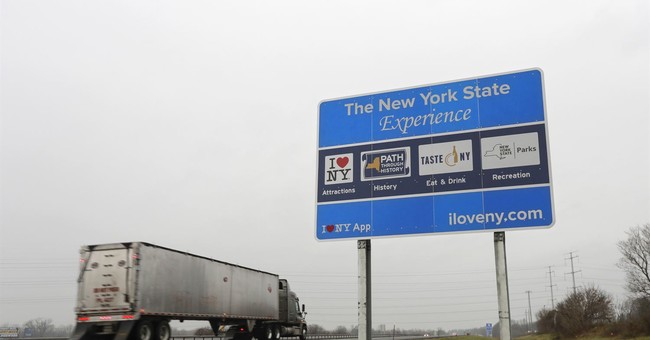 A Long Island man has been arrested for allegedly stealing more than $54,000 in Medicaid benefits during a three year period.

According to LongIsland.com, "Feroz Nazirbage, 46, was arraigned before Judge Maxine Broderick yesterday and charged with Welfare Fraud in the Second Degree (a C felony), Grand Larceny in the Second Degree (a C felony), two counts of Offering a False Instrument for Filing in the First Degree (an E felony) and Social Services Law (an A misdemeanor). The defendant was released on his own recognizance and is due back in court on April 29. If convicted of the top count he faces a maximum of five to 15 years in prison."

Between 2012 and 2015, Nazirbage owned and operated a pharmacy with his wife, earning between 163,241.57 to  $690,224.38 per year. This income made him ineligible for Medicaid benefits, but during this time he allegedly "filed recertification forms and documentation" to Nassau County Department of Social Services which "indicated he was either unemployed or making no more than $2,800 per month – an amount that would have qualified him for Medicaid benefits."

"This defendant is accused of bilking the Medicaid system by getting free coverage for his family for more than three years,” District Attorney Madeline Singas said. “When criminals cheat and steal from Medicaid, they not only steal from the taxpayers, but they steal from the most vulnerable members of our community. I thank the Nassau County Department of Social Services for bringing this case to our attention.”

In total, Nazirbage, "allegedly received a total of $54,006.00 in Medicaid benefits that covered his family for more than three years." According to LongIsland.com, "Senior Assistant District Attorney Michelle Sheehan Prior of DA Singas’ Financial Crimes Bureau is prosecuting the case."