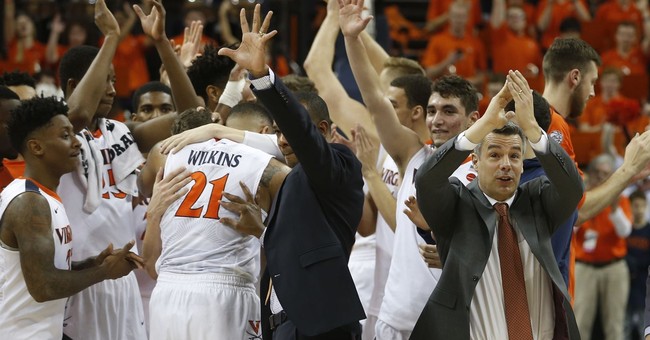 The Richmond Times-Dispatch reports that the NCAA 2018-2019 Men's Basketball National Champions, the University of Virginia Cavaliers, have a rejected an invitation from President Donald J. Trump to attend a special ceremony at the White House honoring the victors for their hard-fought season.

“We have received inquiries about a visit to the White House,” UVA coach Tony Bennett said in a statement the school released Friday evening. “With several players either pursuing pro opportunities or moving on from UVA, it would be difficult, if not impossible to get everyone back together. We would have to respectfully decline an invitation.”

While it is true that many players are heading for the NBA draft and other career moves, NCAA champions rejecting President Trump's offer have become somewhat of a trend during his administration. The 2017 championship team, the University of North Carolina, claimed they had scheduling conflicts. Last year's winning team, Vilanova University, also rejected the White House's invitation.

However, given the glibness of UVA sophomore De'Andre Hunter via Twitter, it seems politics may have more to do with these declinations than anything else. Hunter tweeted, "No Thanks Trump," shortly after UVA announced they would not be going to the White House.

As reported by the Richmond Times-Dispatch, "Virginia went 35-3 this season and beat Texas Tech to win the school’s first basketball national championship earlier this month."