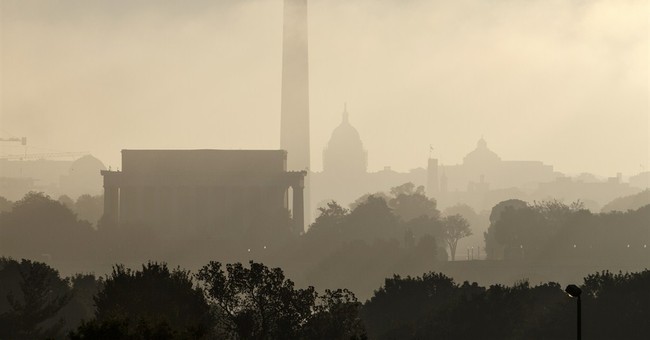 The Washington Post reports a lurid story of government corruption, sex, and backhanded deals emanating from one D.C. Department of Human Services employee who just pled guilty to a more than $1.5 million welfare fraud scheme.

According to WaPo, Demetrius McMillian admitted in court this week that "he accepted cash kickbacks and sexual favors from welfare recipients in exchange for nearly $1.5 million in fraudulent assistance payments." McMillian worked for the department for that past 13 years, but all of the charges against him occurred within the last year.

Specifically, "McMillan made 779 fraudulent assistance payments to approximately 305 beneficiaries, officials said. Of those, 296 were women. McMillan exchanged text messages of a sexual nature with 50 of those recipients, authorities said, soliciting sexual favors as recompense for fraudulent payments."

“It literally makes me feel sick at the pit of my stomach,” Human Services Director Laura Zeilinger told the press on Thursday.

“Mr. McMillan is very sorry for what he did in this case,” the guilty party's attorney Thomas Abbenante said in a statement. “He admitted his guilt at the first opportunity.”

Apparently, McMillan took advantage of the red tape and legalities surrounding the "bureaucratic process," specifically what is "known as “underpayments,” in which social-services workers could authorize up to $2,000 in payment adjustments for clients enrolled in the Temporary Assistance for Needy Families(TANF) program or Supplemental Nutrition Assistance Program (SNAP), known as food stamps."

McMillian is the second DC employee in as many weeks to plead guilty to welfare fraud. As Townhall previously reported, Gary T. Holliday admitted "to attempting to steal $400,000 from federally backed food stamp benefits intended for city residents."