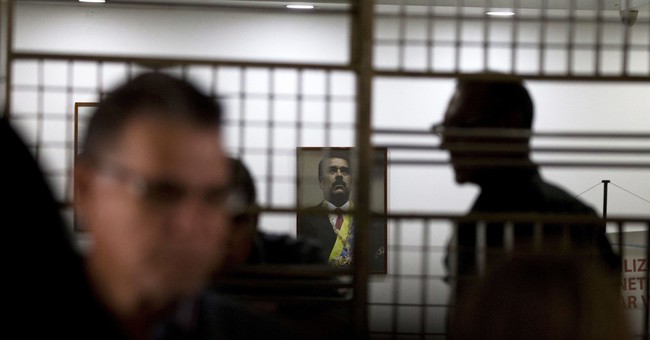 On Friday night, Newsbusters' Brent Baker tweeted out a clip of a woman fleeing the socialist catastrophe in Venezuela with a very special message for President Donald Trump. She told CBS to "tell Trump that if he knocks down Maduro, I'll build the wall and paint it for him."

Video: “Tell Trump that if he knocks down Maduro, you’ll build the wall and paint it for him” – CBS reporter @BojorquezCBS (Manuel Bojorquez), from Cucuta Colombia, relaying words of woman fleeing Venezuela. Friday’s #CBSEveningNews pic.twitter.com/vMwPV7fj7W

The wall referenced by the migrant refers to President Donald J. Trump's long-promised but yet-to-be-delivered wall along the southern border to stop the flow of illegal immigration. As Baker's clip said at the beginning, more than 2 million have fled Venezuela towards neighboring countries in the wake of an increasingly oppressive government and a disastrous economy.

Townhall has previously reported that many Venezuelan women have been forced to sell hair, breastmilk, and sex simply to afford basic necessities. Many of the reason why those 2 million citizens forced were to flee Venezuelan dictator Nicolas Maduro's economic policy has been because of a lack of medicine and access to healthcare.

“There is a human catastrophe in Venezuela. There is a resurgence of illnesses that were eradicated decades ago. Hundreds have died from measles and diphtheria. Last year, more than 400,000 Venezuelans presented malaria symptoms. Up to now, there are over 10,000 sick people from tuberculosis. People have been doomed to death. More than 55,000 cancer patients don’t have access to chemotherapy. Every three hours a woman dies due to breast cancer," one former Venezuelan political prisoner told Fox News.

Earlier this week, the Trump administration officially recognized Juan Guaidó as the Latin American country's leader and condemned socialist dictator Nicolas Maduro. It has been speculated that the United Sates could intervene militarily to ensure Maduro gives up his regime.