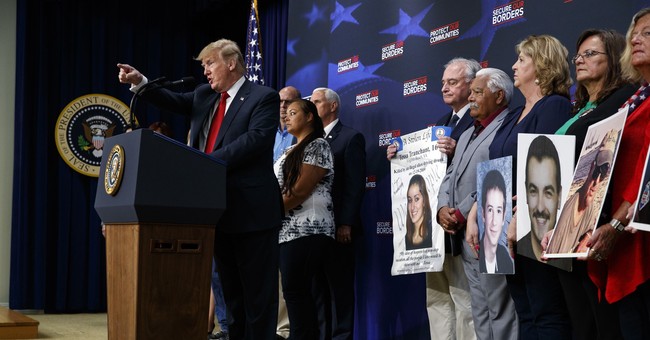 Political analyst Ryan James Girdusky pointed out an interesting factoid from a recent ABC/Washington Post poll -- most American voters believe the United States is doing "too little" to keep illegal aliens from coming to the United States.

The ABC/WaPo poll was taken prior to President Trump's shutdown announcement yesterday but contains some surprising results in the face of the Democratic Party and legacy media narrative which encourages illegal immigration. According to the poll taken on "Jan. 21-24, 2019, among a random national sample of 1,001 adults, with 65 percent reached on cell phones and 35 percent on landlines," 56% of registered voters believe that the government is doing "too little" to curb unlawful entry into the country.

When poll participants are broken down into political parties, 36% of Democrats, 80% of Republicans, and 52% of Independents say the government is doing "too little."

Furthermore, 50% or higher of both women and men believe the government can be doing more to discourage undocumented immigration to the United States.

As Girdusky pointed out, there are numerous options for curtailing illegal immigrations including building a wall along the southern border.