Secretary of Interior, Ryan Zinke, to Step Down by End of Year 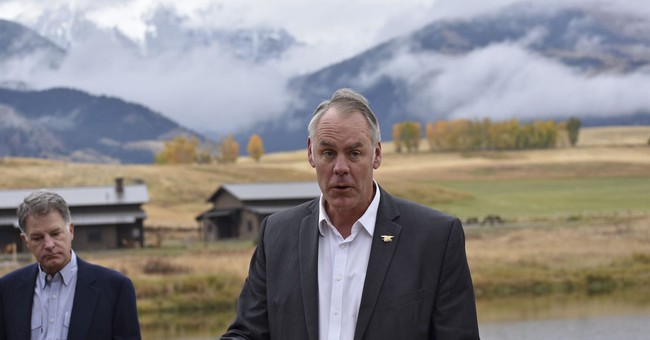 President Donald J. Trump has announced via Twitter that Secretary of the Interior, Ryan Zinke, will leave his position by the end of the year.

Zinke has been scrutinized by Democrats for questionable spending habits during his time holding the position and has even been the subject of at least seven investigations by the department's inspector general according to Bloomberg News.

But, Zinke has also been incredibly successful at positioning America to be energy independent. As noted by the Washington Examiner, on December 6th Zinke felt confident saying that "American energy dominance is within our grasp as a nation" after the U.S. Geological Survey "discovered one the largest new sources of oil and natural gas under Texas and New Mexico."

According to the Examiner, the director of U.S. Geological Survey also said that “Knowing where these resources are located and how much exists is crucial to ensuring both our energy independence and energy dominance.”

President Trump added that Zinke's possible replacement will be announced next week. Bloomberg also had scoops on possible replacements, nothing that whoever replaces will probably continue "the president’s campaign to roll back environmental regulations and promote American energy development."

"Zinke had championed using federal lands to pursue U.S. “energy dominance,” and that agenda will be continued by his likely successor as acting Interior Secretary: David Bernhardt, the agency’s No. 2 official. As deputy he’s played a key, behind-the-scenes role in shaping the department’s policies.