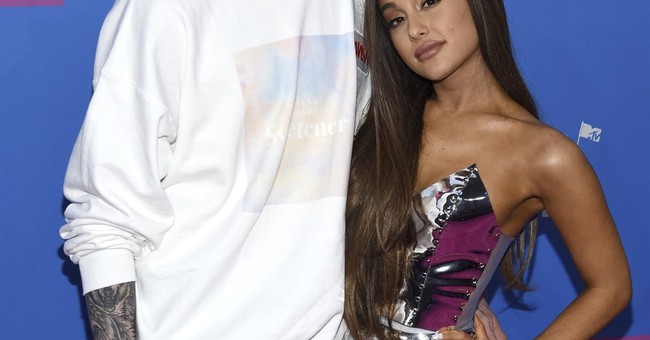 Further proving the late-night comedy show is garbage entertainment for garbage people, Saturday Night Live "comedian" Pete Davidson sparked controversy after he made an ugly joke targeting GOP congressional candidate and former Navy SEAL Dan Crenshaw. The punchline? Crenshaw wears an eye-patch due to losing his right eye during an IED blast while serving in Afghanistan. That's funny stuff, apparently, to the liberals writing the jokes for SNL.

Davidson was participating in a segment called  "The Weekly Rundown" where SNL participants give what is supposed humorous commentary on current events. Davidson remarked he noticed there was an unusual rash of "gross" candidates in this year's midterm elections.

Here's how Crenshaw actually lost his eye and how he has persevered since serving overseas:

On Dan’s third deployment in 2012, his life changed forever. After six months of combat operations, Dan was hit by an IED blast during a mission in Helmand province, Afghanistan. He was evacuated and awoke from his medically induced coma learning that his right eye had been destroyed in the blast and his left eye was still present, but badly damaged. Dan was completely blind and the doctors did not believe he would ever see again. Tara stood by him every day and night, keeping faith and praying he would see again. After several difficult surgeries, he eventually regained sight in his left eye, a miracle according to the head surgeon. Dan refused to quit and went on to deploy twice more, first back to the Middle East in 2014 and then South Korea in 2016.

Dan was medically retired in September of 2016, after ten years in the SEAL Teams. He left service with two Bronze Stars (one with Valor), the Purple Heart, and the Navy Commendation Medal with Valor, among many other recognitions. Soon after, Dan completed his Master in Public Administration at the Harvard Kennedy School of Government. In September of this year, he was back in Houston, volunteering for days on end in areas of Katy devastated by Hurricane Harvey. He saw first-hand the unthinkable losses that his neighbors suffered, but he also saw Texan grit and resilience. He wanted to do more, and this November Dan and Tara decided that the best way to serve the people of Texas would be in elected office.

The "joke" received harsh condemnation from conservatives via Twitter.

That’s disgusting. @DanCrenshawTX is a war hero and lost his eye serving his country. SNL should be ashamed. #txlege

Dan Crenshaw was nearly blinded in 2012 when he was hit by an IED blast in Afghanistan's Helmand province, where he was on his third deployment. He lost his right eye in the blast, and his left eye was badly damaged.

Shame on you, @nbcsnl, this is disgusting! pic.twitter.com/VQnhXMa6iT

What a disrespectful little punk. The pajama boys that mock men of real courage and patriotism always seem to be on the Left

Dan Crenshaw served 10 years as a Navy SEAL. He received two Bronze Stars, a Purple Heart, and the Navy Commendation Medal with Valor.

Readers might remember that in September, one of the all-time greats of SNL, Chevy Chase slammed the current production of the show for having terrible humor.

"First of all, between you and me and a lamppost, jeez, I don’t want to put down Lorne or the cast, but I’ll just say, maybe off the record, I’m amazed that Lorne has gone so low. I had to watch a little of it, and I just couldn’t f*cking believe it...That means a whole generation of shitheads laughs at the worst f*cking humor in the world...You know what I mean? How could you dare give that generation worse shit than they already have in their lives? It just drives me nuts," Chase told the Washington Post.

It seems Davidson has proved Chase right, again. Davidson's "humor" can be seen below.