'It's Safe to Say the Devil Lives in Him': ICE Snags Sex Trafficker and Other Perverts 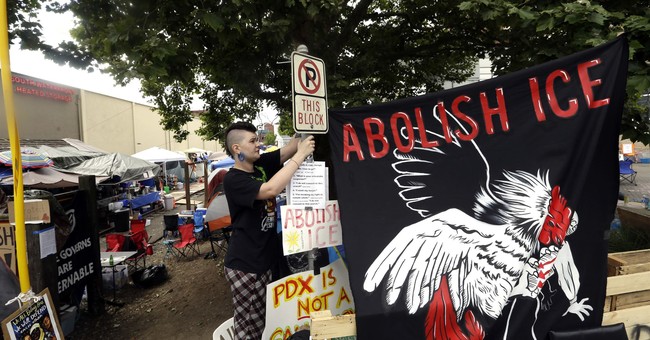 As lefties across America demand that the Immigration and Customs Enforcement Agency be abolished, it is worth remembering that ICE often plays an integral role in nabbing sex trafficking victims and human smugglers. In conjunction with other federal agencies, ICE regularly prevents perverts from pimping out women and underage girls, as well as male victims, in this dark industry. This was evidenced yet again last Friday, October 19, 2018 after a Dallas-area man was sentenced to life in prison for operating an underage prostitution ring and subjecting his victims to harm, danger, and exploitation.

According to a press release sent out by ICE, "Allen Nash, 31, was convicted in April of the following charges:  sex trafficking children; conspiracy to commit sex trafficking; sex trafficking through force, fraud or coercion; transporting a minor to engage in commercial sex acts; and illegally possessing ammunition after he forced two victims, aged 17 and 19, into the illicit sex trade in the fall of 2014."

Nash apparently targeted these girls by promising them "a better life," according to testimony. Instead, they were subjected to horror. "He joined forces with the owner of the 'Doll House' massage parlor, demanding the girls work day and night," according to the release.

He would then take their money and threaten their lives if they attempted to escape. As one victim told the court, she was recruited via Facebook and promised a lavish life. Desperate for money, she turned to him for help.

“I was a vulnerable little girl in need of guidance. I was desperate for help. Allen Nash knew that,” the young woman said. “I think it’s safe to say the devil lives in him.”

“Preying on vulnerable young women is despicable, and this sentence validates that important message I’m proud of the women who came forward to help us bring Mr. Nash to justice. We will continue to prioritize human trafficking cases across the Northern District of Texas."

But, it's important to remember that ICE did not act alone.  The investigation was also conducted by the Texas Department of Public Safety; the Bureau of Alcohol, Tobacco, Firearms and Explosives (ATF); the Shreveport (Louisiana) Police Department; and the FBI.

Mosher and Shugars have been sentenced to eight and two years in prison respectively.