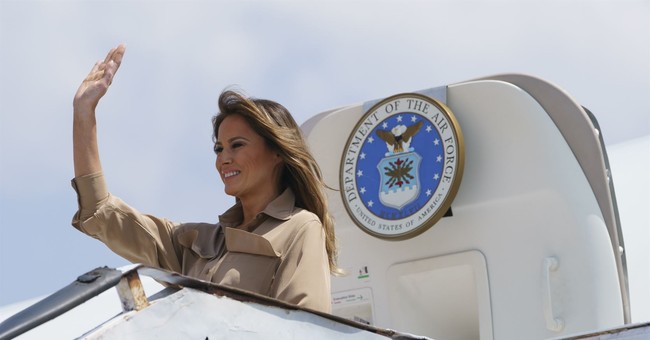 On Friday evening, White House Press Secretary Sarah Sanders defended First Lady of the United States Melania Trump from what she says are "disgusting attacks" that are all a part of the left's "war on women" who they disagree with. Sec. Sanders comments were sparked after a host on ABC's "The View" insinuated that Mrs. Trump was one of her husband's "mistresses."

Sad @TheView continues their disgusting attacks on @FLOTUS. The left’s “war on women” they disagree with is a disgrace. @FLOTUS is strong, accomplished, and has a lot more class than the women who bully her

Later on the show, Llamas said that Mrs. Trump "deserves our respect because she is our First Lady."

"I don't respect her," Brown interjected.

This prompted an initial response from Mrs. Trump's spokesperson, calling the attacks "disgusting."

But, Brown doubled down on her comments. The View host said that she "owned" the words, not the show itself.