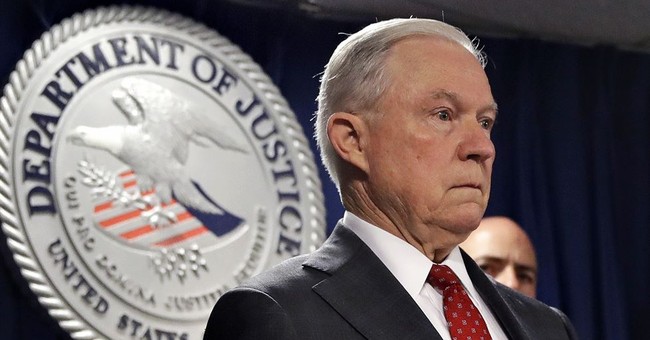 The Department of Justice announced charges against 25 individuals on Friday who committed fraud using Puerto Rican identities in an effort to gain government benefits and in some cases even vote. 22 of the 25 charged were illegal aliens, many with records of drug dealing, violent crimes, and some previously deported.

Imposters regularly use birth certificates and social security cards stolen or copied from Puerto Ricans to pose as American citizens in order to receive Medicare, evade arrest, and take advantage of welfare benefits such as EBT cards and food stamps. In a sting operation known as, “Operation Double Trouble” the DOJ was able to nab 25 individuals who took advantage of poor oversight at Massachusetts’ Registry of Motor Vehicles and steal people’s identities.

“Across this city and across America, teachers, truck drivers, construction workers are going to work and paying taxes that are being stolen from the public treasury by fraudsters and criminals,” Sessions said at a press conference held  earlier this week

“These government programs are intended to help the poor, the elderly, American citizens. Not those that are trespassing in the country,” Sessions added. “This kind of fraud is a theft from our seniors, a theft from our taxpayers, and a theft from the needy, theft from America.”

Illegal aliens often use Puerto Rican identities because the Hispanic surnames are less likely to cause suspicion amongst the government than non-Hispanic surnames. Lapse oversight at the RMV then allows these individuals to gain numerous identities.

"What happens in Puerto Rico is that you have an influx of Dominican nationals who either purchase or steal identities belonging to Puerto Ricans, who are obviously U.S. citizens, so I think there's still work to be done to shore up that area of enforcement,"  U.S. Attorney Andrew Lelling said describing why many take advantage of Puerto Rican documents.

Among the illegal aliens arrested include, “Frank Lara, also known as Roberto Villegas, was a heroin and cocaine dealer in Boston. He had seven convictions, five Massachusetts licenses with different identities and 11 aliases. Lara was deported after we tracked him down. Rafael Nicolas Lopez Carrasco was a major heroin dealer arrested in Lawrence with 30 pounds of heroin. He had two driver's licenses, three aliases and had been previously deported.”

As well as, “Juan Gonzalez was arrested with four pounds of heroin stashed in a mayonnaise jar. He is smiling on his state-issued EBT card given to him under the assumed identity of Alex Hernandez,” according to WCVB 5.

As for benefits gained, WCBV notes that “Federal court records show that 24 of the 25 obtained a driver's license or state ID, 19 applied for MassHealth benefits, one received $51,270 in rent subsidies from the Boston Housing Authorities and two pocketed more than $25,000 in unemployment benefits. At least two registered to vote when they applied for their license or ID.”

Likewise, since these thieves are using real names, social security numbers, and birth certificates, actual American citizens are being harmed when they need help. As noted by the Boston Herald “one of the victims learned his problems were just beginning when he applied for a government housing subsidy after Hurricane Maria wiped out his house in Puerto Rico last fall, “and was told he was already receiving (public housing benefits) 1,600 miles away in Massachusetts.”