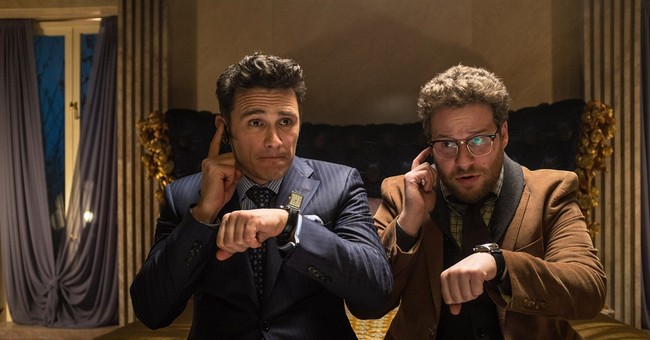 Hollywood actor Seth Rogen appeared on "The Late Show with Stephen Colbert" where he revealed that he recently denied Speaker of the House Paul Ryan a photo opportunity.

Apparently, Rogen happened to be in Park City, Utah at the same time as Speaker Ryan's family. Several of Speaker Ryan's kids approached the celebrity and expressed their excitement that their dad wanted to meet the star of movies such as "Pineapple Express" and "Knocked Up." Rogen, however, was not aware that their dad was the GOP congressional leader and was abashed when he saw him.

"And then they said, 'Our dad wants to meet you,' and I turned around and Paul Ryan was walking towards me," Rogen recounted on "The Late Show with Stephen Colbert."

"My whole body, puckered, as it were, I tensed up, and I didn't know what to do," Rogen recalled.

Rogen said Ryan shook his hand, but when the Wisconsin Republican asked for a photo, Rogen replied: "No way, man!"

"And I couldn't stop, and I said, 'Furthermore, I hate what you're doing to the country at this point and I count the days until you no longer have one iota of the power that you currently have,'" Rogen told Colbert.

Rogen said he felt "very conflicted" after the outburst because Ryan's sons were "still standing right there."

"It's not their fault, but at the same time they should probably learn that if they like a movie or song, the person who made that probably doesn't like their dad that much," he said.

"I don't know how I feel -- I'm glad I didn't take a picture with Paul Ryan," Rogen concluded.

“I’m glad I didn’t take a picture with Paul Ryan, I touched him so I don’t know how I feel about that,” he also said. “His kids seemed lovely, and very Caucasian."

Of course, Rogen had every right to deny a photo opportunity. Rogen remarked via Twitter he was simply practicing his free speech.

Oh man. Now my TL is gonna be filled with virtue signaling snowflakes who are offended by my free speech. https://t.co/BKl44j5Dh8

But, some might find the sincerity of his free speech defense a little weak. Rogen is a Canadian citizen as well as a United States citizen. He has previously praised Canadian Prime Minister Justin Trudeau. Comedian and conservative Steven Crowder lambasted Rogen for this support, writing, "has anyone else noticed that this generation of comedians are actively endorsing leaders who create laws to stifle free speech?"

Crowder's entire segment regarding the silliness or comedians supporting politicians who advocate restricted speech can be seen below.