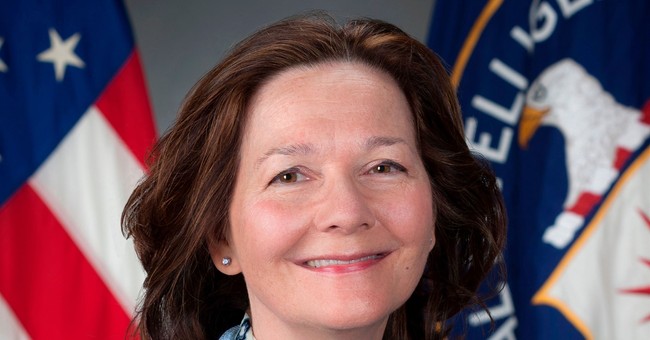 After weekend reports that President Donald Trump's nominee for CIA director, Gina Haspel, was considering withdrawing her name from consideration, Jeremy Bash flatly refuted those talking points on Kasie DC. He had a pretty decent source on the subject, too. It was Ms. Haspel herself.

Bash told viewers at he had just got off the phone with Haspel and that she was "full steam ahead" and will be at her confirmation hearing Wednesday morning. Furthermore, on the call she emphasized that her lengthy career of more than 30 years and seven overseas tours provided her with the key experience needed for the role.

JUST IN: Gina Haspel is "going full steam ahead" with her nomination for CIA director.

She will be at the hearing on Wednesday and is not withdrawing her nomination, per Jeremy Bash pic.twitter.com/khFTti60zF

These comments come after it was said that she wanted to withdraw her name to avoid bringing damage to the CIA's reputation, as reported the New York Times.

"President Trump’s pick to run the C.I.A., Gina Haspel, told White House officials last week that she would withdraw her nomination if they were concerned her role in the brutal interrogation of a Qaeda suspect would scuttle her confirmation and draw the intelligence agency into a fresh controversy over a program it disavowed years ago, according to administration officials and others familiar with the discussions.

Ms. Haspel’s offer on Friday to withdraw her nomination sent administration officials scurrying and a group of top aides, including Sarah Huckabee Sanders, the White House spokeswoman, headed to C.I.A. headquarters in Langley, Va., to prevent Ms. Haspel from dropping out, these people said.

A career veteran of the agency, Ms. Haspel told White House officials that she was worried less about her own reputation than about the potential damage to the C.I.A. from a bruising confirmation battle. The C.I.A. has struggled to put the legacy of its interrogation policies behind the agency.

Ms. Haspel was ultimately convinced not to withdraw her name and is expected to appear before the Senate Intelligence Committee on Wednesday. On Sunday afternoon, Ms. Haspel was prepping for the hearing with administration officials."

Regardless if this story was true or not, the point is now moot. If Bash is telling the truth, and there is no reason to believe that he is not, Haspel will have the opportunity to be appointed the first female CIA director. To that extent, White House Press Secretary Sanders questions how anybody could not support the woman who has the necessary experience and still claim to advocate "women's empowerment."

There is no one more qualified to be the first woman to lead the CIA than 30+ year CIA veteran Gina Haspel. Any Democrat who claims to support women’s empowerment and our national security but opposes her nomination is a total hypocrite