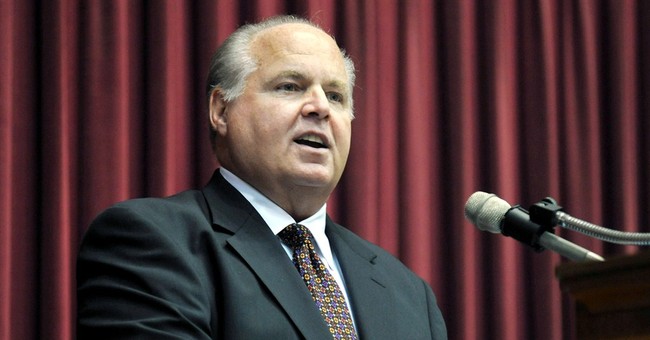 Today, conservative radio host Rush Limbaugh was interviewed by Fox News' Chris Wallace regarding the horrific massacre that occurred last week at the hands of gunman Nikolas Cruz. That shooting which occurred at a High School in Parkland, FL left 17 dead and many more injured.  In the wake of the tragedy, thousands have called for more gun control and and mental health measures to prevent the next shooting. But, Limbaugh argued that none of the proposed ideas will actually stop the next shooting and America must protect its students by arming our teachers in preparation for the next tragedy.

"What I found very interesting about the students, and they’re very articulate and you have to feel for them. It’s wrecked their lives, they are a combination of scared and angry. But, Chris, I have to ask if anybody is really serious about solving this?," Limbaugh told the host of Fox News Sunday.

The ultimate solution, he says, is arming teachers to protect students in schools. “The solution is we need concealed carry in these schools. If we are really serious about protecting the kids, we need a mechanism to be defensive when this kind of thing — if we’re not going to take action, we better have mechanisms in these schools to stop it when it breaks out.”

Limbaugh also blamed the media for politicizing these events rather than working to find actual solutions.