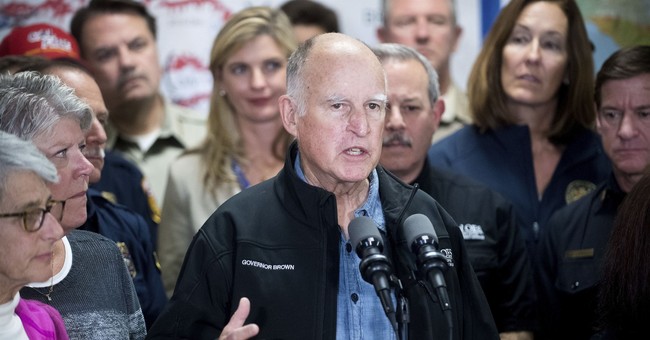 This only the latest move in the state's anti-Trump agenda that flouts the federal government. The state of California has openly defied the Federal government in recent months, establishing sanctuary cities and vocally claiming they will not comply will immigration law.

Brown, pairing his state’s combative approach to federal immigration authorities with his belief in the power of redemption, characterized the pardons as acts of mercy.

The Democratic governor moved as federal officials in recent months have detained and deported immigrants with felony convictions that resulted in the loss of their legal residency status, including many with nonviolent offenses that occurred years ago.

With the pardons, the reason for applicants’ deportations may be eliminated, said attorney Kevin Lo of Asian Americans Advancing Justice-Asian Law Caucus, which represented some of the men in a recent class-action lawsuit.

The two men have both been convicted of felonies in the past and should have already been deported had immigration policies been enforced. In 2003, one of the immigrants pardoned was convicted on a felony of joyriding and sentenced to a year in jail. The other man was convicted on a “felony weapons charge charge with a gang enhancement and a misdemeanor charge of receiving stolen property with a value of $400 or less in 1995 in Stanislaus County.”

Both men arrived in the states as children.