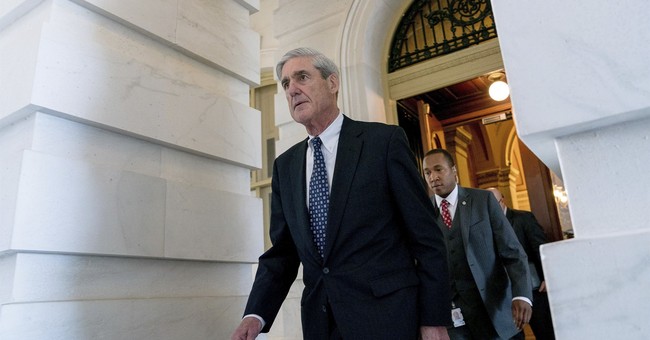 UPDATE: President Donald J. Trump responded via Twitter this morning to the New York Times and Washington Post reports that a top FBI agent named Peter Strzok had been removed from special counsel Robert Mueller's Russian election interference investigation probe. As reported yesterday, Strzok has supposedly been removed from the Russian investigation due to a series of anti-Trump texts exchanged between himself and FBI attorney Lisa Page. Page and Strzok were allegedly having an affair, as far back as the Clinton e-mail investigation which Strzok was leading as well. This calls into question the integrity of both investigations, though some say it bolsters Mueller's reputation as a man of justice and commitment to the rule of law because he "moved swiftly" to remove Strzok from the ongoing Russian investigation.

After years of Comey, with the phony and dishonest Clinton investigation (and more), running the FBI, its reputation is in Tatters - worst in History! But fear not, we will bring it back to greatness.

"The agent, Peter Strzok, is considered one of the most experienced and trusted F.B.I. counterintelligence investigators. He helped lead the investigation into whether Hillary Clinton mishandled classified information on her private email account, and then played a major role in the investigation into links between President Trump’s campaign and Russia.

But Mr. Strzok was reassigned this summer from Mr. Mueller’s investigation to the F.B.I.’s human resources department, where he has been stationed since. The people briefed on the case said the transfer followed the discovery of text messages in which Mr. Strzok and a colleague reacted to news events, like presidential debates, in ways that could appear critical of Mr. Trump.

A lawyer for Mr. Strzok declined to comment. A spokeswoman for the Justice Department said that “we are aware of the allegation and are taking any and all appropriate steps.”

Mr. Strzok’s reassignment shows that Mr. Mueller moved swiftly in the face of what could be perceived as bias by one of his agents amid a politically charged inquiry into Mr. Trump’s campaign and administration. But the existence of the text messages is likely to fuel claims by Mr. Trump that the F.B.I. has a bias against him and that he is a target of the “deep state” — a term used to describe the notion that government intelligence agencies secretly conspire together."

As the Times notes, Mueller's "swift action" may help silence some critics who believe the man is working to defeat President Trump, regardless of the facts. But, given Strzok's role in this investigation as well as others, it more likely will only increase speculation that the FBI is not acting honestly.

According to the Washington Post, Strzok's actions may have influenced other investigations, such as the FBI investigation into Hillary Clinton's illegal e-mail use. The "text messages with a colleague" the Times refers to is  regarding messages critical of President Trump exchanged with FBI attorney Lisa Page, with whom Strzok was having an affair.

This story will be updated if there is a presidential response specifically about Strzok.