BREAKING: At Least Three Stabbed at the Mall of America 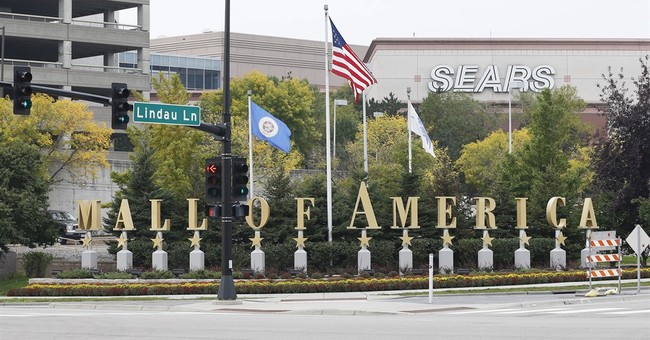 The Star Tribune is reporting that at least three victims were stabbed at the Mall of America in Bloomington, Minnesota just before closing on Sunday night.

A suspect is in custody, but the motive is still unknown. According to eye witness accounts and confirmed by the police, the stabbing occurred in the Men's section in Macy's. “A subject is in custody after a stabbing at Macy’s MOA,” said a statement from the Bloomington Police Department at 8 p.m.

#BREAKING: First images from the scene of investigation of violent incident at Macy's in @mallofamerica. Our @joemazankstp is there and snapped these. Stay with @KSTP for confirmed details as soon as we learn them. pic.twitter.com/lGewZrZsXu

Breaking: massive police presence at the Mall of America after reports of a possible incident at Macy's. #Fox9 pic.twitter.com/aSIUsnvBvO

One witness described the scene to the Star Tribune.

“We saw two cops running toward Macy’s,” she said. “By the time we got to the main area — the men’s department is to the right — more police started running in with their guns drawn.

“My daughter could see people lying on the ground who had been stabbed.”

Schwieters said her daughter saw two people on the ground. The police yelled at everyone in the store to clear the area and locked down the main level, she said.

This is a developing story and will be updated as details come in.