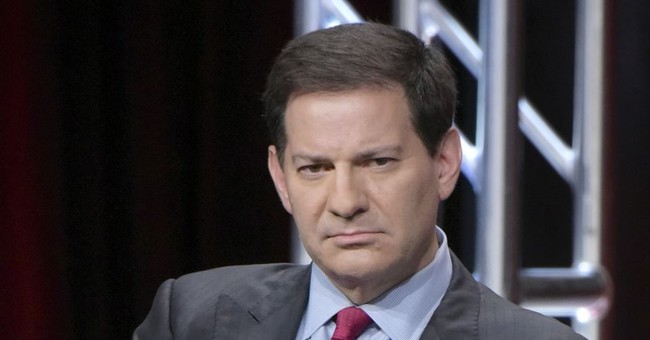 Christine and Micah have covered the sexual assault accusations against former MSNBC political analyst and author Mark Halperin this week, but Halperin himself has been relatively quiet until he released a statement Friday evening.

After CNN initially broke the story of five women throughout Halperin’s career who allege sexual assault, Halperin admitted to inappropriate behavior but not to the extent which the women claim.

As Micah noted, this led to his suspension from MSNBC.

Senior political analyst Mark Halperin has been suspended by MSNBC after five women had come forward accusing him of sexual harassment when he worked at ABC News in the 90s and early 2000s. CNN broke the story and reported that accusations leveled against Halperin include forcibly kissing women, groping their breasts, and rubbing his genitalia on them while clothed without consent. Other women who did not experience harassment directly stated that they were aware of the allegations. While Halperin says he did try to make sexual advances with women he worked with, he denies groping his former colleagues or rubbing himself on them.

During this period, I did pursue relationships with women that I worked with, including some junior to me. I now understand from these accounts that my behavior was inappropriate and caused others pain. For that, I am deeply sorry and I apologize. Under the circumstances, I'm going to take a step back from my day-to-day work while I properly deal with this situation.

MSNBC released a statement on the allegations saying:

We find the story and the allegations very troubling. Mark Halperin is leaving his role as a contributor until the questions around his past conduct are fully understood.

All of the women who have come forward did not file formal complaints with ABC News. ABC stated, "Mark left ABC News over a decade ago, and no complaints were filed during his tenure." CNN also notes that no other allegations have been made against Halperin other than those made by his former colleagues at ABC News."

Further consequence of Halperin’s sexual advances resulted in a suspension from NBC as well, as Christine reported.  In addition, his upcoming book “Game Change” with publishing giant Penguin Books has been canceled.

Until Friday evening, the aforementioned statement given to CNN was Halperin’s only comment on the situation.  But Friday evening via Twitter, Halperin issued a lengthy statement.

“I am profoundly sorry for the pain and anguish I have caused by my pasta actions. I apologize sincerely to the women I mistreated,” Halperin said. “The world is now publicly acknowledging what so many women have long known: Men harm women in the work place. The new awareness is, of course, a positive development. For a long time at ABC News, I was part of the problem. I acknowledge that and I deeply regret it. As I said earlier in the week, my behavior was wrong. It caused fear and anxiety for women who were only seeking to do their jobs.”

The veteran news commentator also said that he had sought help for his transgressions.

“For several years around my departure from ABC News, I had weekly counseling sessions to work on understanding the personal issues and attitudes that caused me to behave in an inappropriate manner.”

He goes on to claim that his behavior has changed and that he is confident that colleagues he now works with would vouch for his conversion of character.

“Those who have worked with me in the past decade know that my conduct in subsequent jobs at TIME, Bloomberg, NBC News, and Showtime has not been what it was at ABC. I did not engage in improper behavior with colleagues or subordinates. If you spoke to my co-workers at those four places (men and women alike), I am confident you would find that I had a very different reputation than I had at ABC News because I conducted myself in a very different manner.”

His full statement can be viewed below.

Please read my statement below. pic.twitter.com/8ld8k8DC6O