Clinton Gets More Delegates Than Sanders Despite NH Blowout 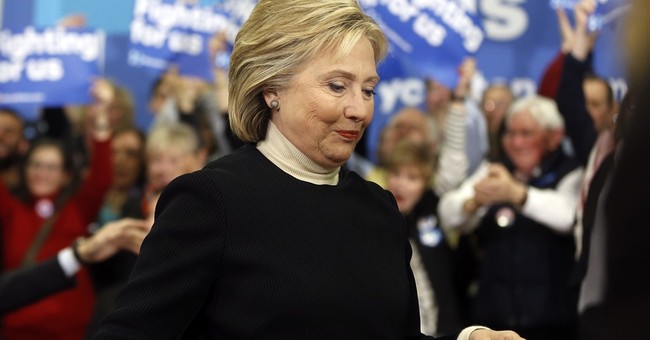 Leave it to the Democratic Party to make their presidential nominating contest as undemocratic as possible. Last night, Senator Bernie Sanders crushed Hillary Clinton in the New Hampshire primary, taking 60% of the vote to Clinton’s 38%. By simple logic, this should mean that Sanders receives more party delegates from the state than Clinton. In a shocking twist to the lopsided victory for Sanders, the opposite is true.

Out of the 24 “pledged” delegates in New Hampshire, Sanders walks away with 13 while Clinton takes 9. Two delegates are not yet allotted to either candidate.

But complicating the primary math are the additional delegates, “superdelegates,” that are shaping up to be Clinton’s insurance plan against the Sanders insurgency. Superdelegates are not decided by popular vote; they are Democrat party officials who can support whichever candidate they choose. Out of the 2,382 total delegates required to win the Democratic nomination, 712 are superdelegates. That means just under 30% of the people who will cast votes at the convention are not bound by the decisions of actual primary voters.

Clinton likely remembers the damage superdelegates dealt her campaign in 2008, when then-Senator Barack Obama claimed a dominant majority of them. This time around, her campaign is working overtime to avoid a repeat of that mistake. One source has said the Clinton campaign has already secured the support of 440 superdelegates out of the possible 712, and that report came in August of last year.

Hillary Clinton has the support of six of New Hampshire’s eight superdelegates, so the current Democrat delegate total for New Hampshire is 15 for Clinton, 13 for Sanders.

Yes, after a razor-thin victory in Iowa (assuming, since the Iowa Democratic Party refuses to release the popular vote) and a blowout for Sanders in New Hampshire, Hillary Clinton is the commanding delegate leader in the Democratic race for president. The majority of “pledged” delegates have yet to be decided, but there can be no question that the deck remains stacked for Clinton.