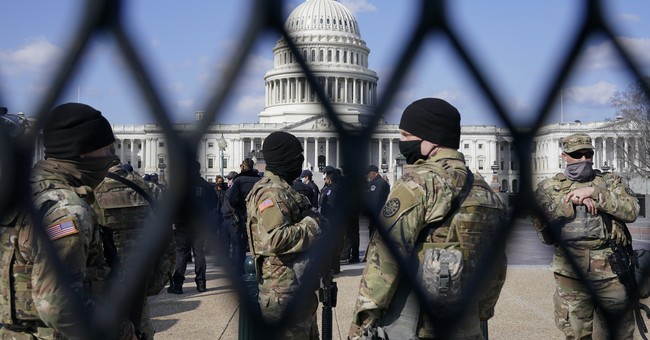 Attempts to establish a commission to investigate the events of January 6th were vanquished on the floor of the United States Senate Friday morning when a procedural vote to overcome a filibuster failed to gain the 60 votes necessary to move forward.

Even with a handful of Republican senators joining Democrats on the 54 to 35 vote, their support wasn't enough. The Democrats and their Republican accomplices went for broke—and lost—handing the GOP minority its first filibuster victory of the Biden presidency.

Republican senators block efforts to open debate on a bill to create an outside commission on the Jan. 6th Capitol attack (54-35). pic.twitter.com/T4arZ3iNLQ

Senator Susan Collins (R-ME), who said she supported the idea of a commission but requested changes to balance staff hiring power and move up the deadline for the commission's findings, was among the Republicans who voted with Democrats. Lisa Murkowski (AK), Mitt Romney (UT), Bill Cassidy (LA), Ben Sasse (NE), and Rob Portman (OH) also voted to end the filibuster and move ahead with the commission.

The "National Commission to Investigate the January 6 Attack on the United States Capitol Complex Act" passed the House of Representatives 252 to 175 earlier in May with 35 Republicans joining Democrats in supporting the investigation, including recently ousted GOP Conference Chair Liz Cheney (WY).

The attempted diversion to give liberal media something to obsess over—rather than Biden's crises and the harm his agenda is doing to the economy—was little more than a one-sided plan to mire Republicans in a relitigation of Trump's second impeachment ahead of the midterm election.

Democrats and the few Republicans who supported the commission painted the plan as a bipartisan effort, but the focus of the investigation excluded other security breaches at the Capitol and federal buildings outside D.C. The Good Friday ramming attack at the Capitol that took the life of a United States Capitol Police officer was not included in the proposal, nor was any investigation into the funding or organization of groups that laid siege to the Federal Courthouse in Portland, Oregon last summer.

Ahead of the May 19 House vote on the commission former President Donald Trump slammed the proposal in a post on his website, saying in part:

Republicans in the House and Senate should not approve the Democrat trap of the January 6 Commission. It is just more partisan unfairness and unless the murders, riots, and fire bombings in Portland, Minneapolis, Seattle, Chicago, and New York are also going to be studied, this discussion should be ended immediately. Republicans must get much tougher and much smarter, and stop being used by the Radical Left.

It's unlikely those on the losing side of the January 6th commission vote will handle their defeat gracefully given recent hyperbole surrounding January 6th as the Left fights to change the narrative. In case you missed it, January 6th was apparently as bad or worse than 9/11 and posed a greater threat to our Republic than the Axis powers in World War II.