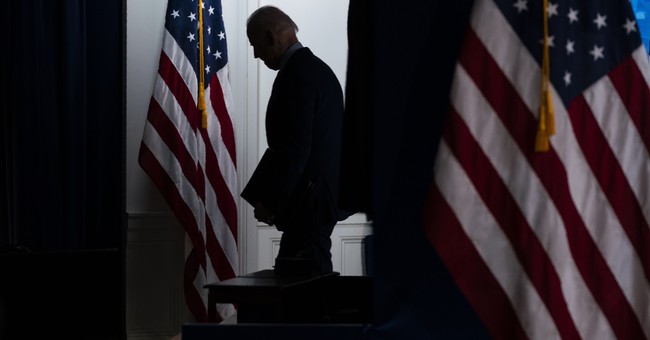 President Biden and his administration's decision to negotiate a waiver for intellectual property protections on COVID-19 vaccines and other technologies continues to prove illogical and foolhardy. After previously opposing the idea, the Biden administration announced this week that they would engage with the World Trade Organization to recklessly hand over intellectual property developed in response to the Wuhan coronavirus.

Not only is this decision a bad one, it won't accomplish the feel-good narrative Biden has apparently adopted in search of some kind of moral high ground.

It's important to understand what information would be made available if the WTO negotiations result in a decision to waive IP protections. As Senator Thom Tillis (R-NC), who is the ranking member of the Judiciary Subcommittee on Intellectual Property, pointed out this week, American innovation is largely responsible for the currently available treatments for COVID-19:

"Nothing better proves the global benefits of strong intellectual property rights than the numerous biopharmaceutical companies who have risen to the challenge of the COVID-19 pandemic.

These innovative companies have developed more than 800 global development projects to create vaccines, treatments and diagnostics launched around the world. Approximately half of these treatments were generated from American companies, and, significantly, about three-quarters are from small- and medium-sized enterprises."

Waiving intellectual property rights to give away vaccine formulas is one thing, but the Biden administration's current push to remove IP protections on the innovative products developed amid COVID would also hand over the underlying technologies—such as the breakthrough mRNA vaccines—that allowed the rapid development of treatments.

We Americans may now take such incredible innovation for granted, but it's not a method of vaccine development other nations—such as China—have yet unlocked. One congressional staffer Townhall spoke with reported that American technology is 10-15 years ahead of China's, and by gutting intellectual property protections, Biden is all but guaranteeing communist China will take the lead in the field.

And if China does outpace the U.S., we'll be reliant on an opaque and hostile government for critical data and products going forward.

Given China's lack of transparency and outright attempts to conceal first the outbreak and then critical information about COVID-19's transmission, only a fool would trust China to share breakthroughs or developments they may make in the field once they get their hands on American technologies. Even if they share such advances, China has shown itself to be a bad actor, caught "donating" defective COVID tests and protective gear to European nations. Katie explained at the time:

"When the CCP 'donated' hundreds-of-thousands of masks and Wuhan coronavirus tests to a number of European countries, the media swooned and upheld China as a savior during a time of crisis.

Just a few days into Europeans using the new medical supplies, a predictable discovery was made: the tests and masks were junk. China also demanded payment from the European governments after claiming publicly supplies were 'donated.'"

And China's junk charity even showed up in the United States when more than 10,000 counterfeit masks were intercepted by U.S. authorities in Cincinnati, Ohio.

If, God forbid, another pandemic was to emerge, the prospect of future dependence on China's communist government for treatment, prevention, or information should be enough to convince any nation to keep COVID vaccine technology protected. On Thursday, Germany announced its opposition to lifting intellectual property protections while France, Italy, and other nations followed Biden's lead.