Katie Pavlich
|
Posted: Apr 03, 2020 2:10 PM
Share   Tweet
The opinions expressed by columnists are their own and do not necessarily represent the views of Townhall.com. 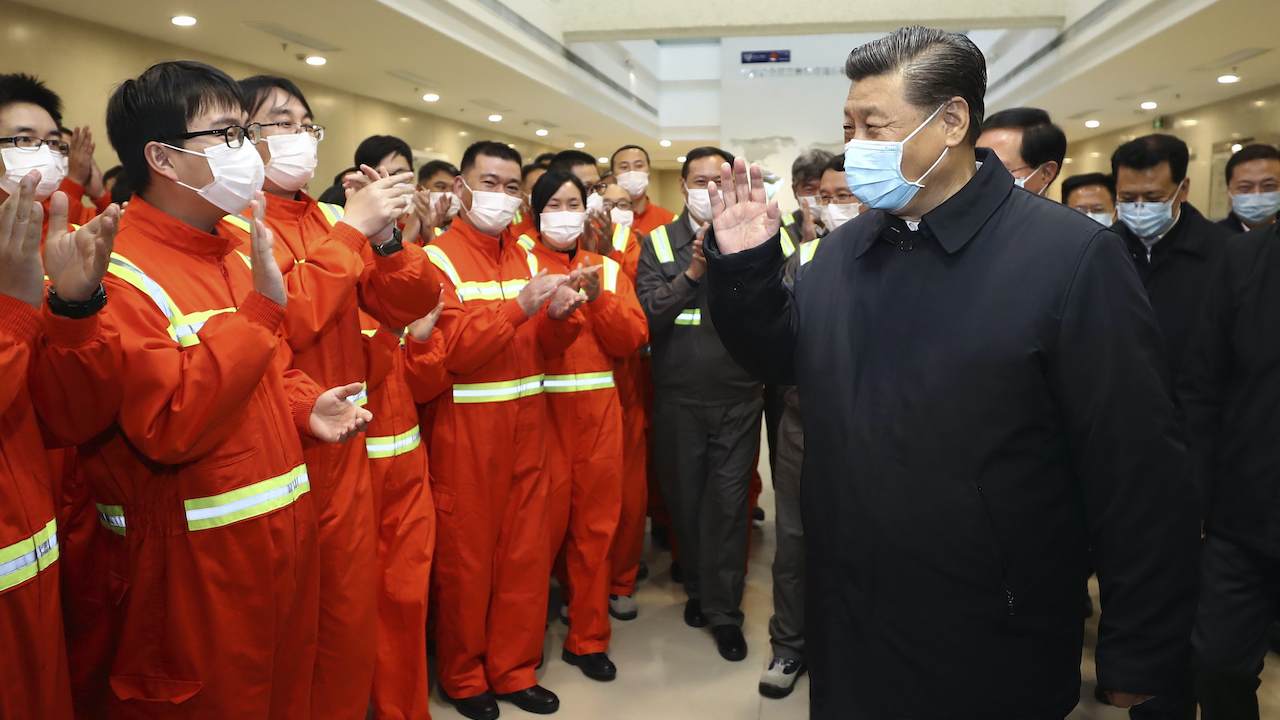 As Americans continue their valiant war on the Wuhan coronavirus, there's an information battle being fought between the United States and China.

As the truth about how the Chinese Communist Party (CCP) handled this crisis from the beginning continues to surface, the government's most important propagandists have been working overtime to blame the United States for the origin of the virus.

Two weeks ago, when the CCP "donated" hundreds-of-thousands of masks and Wuhan coronavirus tests to a number of European countries, the media swooned and upheld China as a savior during a time of crisis. In a slew of media reports, China was praised as more generous than the United States. There was no mention of China's responsibility for the pandemic, just lavish praise for its clean up act.

"With Italy in dire need of medical equipment, an economic superpower stepped in to help. No, not the United States. It was China. As the U.S. struggles to stem the coronavirus, China positions itself as global leader," NBC's Ken Dilanian tweeted.

Just a few days into Europeans using the new medical supplies, a predictable discovery was made: the tests and masks were junk. China also demanded payment from the European governments after claiming publicly supplies were "donated."

"Dutch authorities received 1.3 million face masks from China on March 21 and distributed some of them to health care providers battling against the spread of the deadly COVID-19 pandemic," Euronews reports. "But the health ministry 'received a signal that, upon inspection, the quality of this shipment did not meet the required standards.'"

"The masks had a KN95 certification indicating that they should filter above 95% of particles," the report continues.

This wasn't simply a defective shipment of toys, a name brand knock-off shoe posing as the real thing or cheap household goods. Bad medical supplies, which no doubt were knowingly improperly labeled, lead to further spread of the deadly virus. Defunct tests giving false negatives led to spreading. Masks that don't protect doctors, but instead make them sick, create a domino effect of new cases.

As reports of bad Chinese supplies start piling up, the CCP — caught again — started spinning and gaslighting the recipients of the supplies.

"China export 'defective' masks to the Netherlands? True story about masks purchased by a Dutch procurement agent: the Chinese manufacturer stated clearly that they are non-surgical & the exported customs clearing procedures were also under the name of 'non-surgical masks,'" the CCP spokeswoman said in a tweet (reminder, Twitter is banned in China, but it's still used regularly by government officials for nefarious purposes). "Masks of various category offer different levels of protection, for day-to-day use and for medical purposes. Pls Double-check the instructions to make sure that you ordered, paid for and distributed the right ones. Do not use non-surgical masks for surgical purposes."

There were no corrections from the "journalists" who lavished praise on the CCP for the deliveries. Instead, the CCP started using their talking points for its own propaganda.

Adding insult to injury, last week, the U.S. reached an alleged milestone that newsrooms just couldn't resist: The U.S. now has more Wuhan coronavirus cases than any other country in the world.

The implication, of course, is that countries like China and Italy were handling the situation better than the U.S. government and President Trump is to blame. The claim was made without accounting for a smaller population in Italy and failed to point out that not only are China's numbers incomplete, the CCP has been lying about them.

"China has reported 3,299 coronavirus-related deaths, with most taking place in Wuhan, the epicenter of the global pandemic. But one funeral home received two shipments of 5,000 urns over the course of two days," the New York Post reports.

U.S. media praise of China enables its lethal propaganda, whether it's praising the CCP for garbage medical supplies or propping up its false Wuhan coronavirus case numbers as fact.