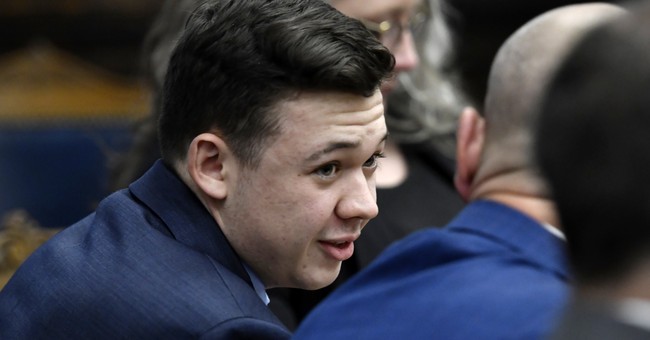 In a portion of the pre-recorded interview that aired for the first time Tuesday night on "Tucker Carlson Tonight," Carlson asked Rittenhouse about the prosecution's decision to provide the defense a compressed, difficult-to-see version of drone footage while keeping a higher resolution version of the footage themselves. They then attempted to claim the footage proved the defendant provoked Joseph Rosenbaum into chasing him.

RITTENHOUSE: "Binger is a corrupt person who just wants to make a name for himself, and not look at the facts." pic.twitter.com/kTUDxCtq6r

"What do you think motivated Binger?" Carlson asked.

"Assistant District Attorney Binger is a corrupt person who just wants to make a name for himself and not look at the facts," Rittenhouse responded. "I used to be a fan of the prosecutors, not anymore. I believe there are still good prosecuting attorneys out there. But he is a prosecuting attorney that wants to make a name for himself and he is supposed to speak the truth and nothing but the truth but he decided he wanted to lie and try to put me in prison for the rest of my life for defending myself."

"This is a case that has nothing to do with politics but politics were brought into it for people's own agenda," he said.

As evidenced by his inept closing argument (covered here by Spencer), Binger's now-infamous attempt at putting the teenager away for life for the 'crime' of defending himself was marked by a comedy of missteps, logical inconsistencies, and outright fabrications.