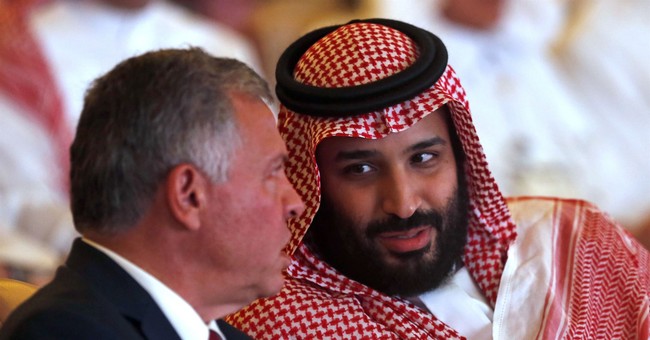 Arnold Roth talks about what he sees as a personal failure to protect his daughter Malki, who died 20 years ago at the age of 15 along with 14 other civilians (including two Americans) in a Jerusalem terror attack known as the Sbarro Massacre. It’s difficult to hear, especially when the perpetrators of the attack have long been known and one of them, Ahlam Tamimi, is living as a virtual celebrity in her native Jordan after having her sentence commuted during the 2011 Gilad Shalit prisoner exchange.

The instinct is to correct Roth and insist he not blame himself, but it seems disrespectful to question the ways people grieve the life-altering loss of a child. That’s a pain only those who have suffered it can understand. Which is one reason Roth is appealing to President Joe Biden on the eve of his meeting with Jordanian King Abdullah II on Monday, to ask him to consider taking a hard line with the important Middle East ally harboring Tamimi, especially considering Jordan has long been a partner in battling terrorism in the region and the U.S. can rightfully ask for her extradition.

“Here we have the King sheltering a woman with this amount of blood on her hands, who has been mollycoddled and given a life most people in Jordan would die for,” Roth says. “We’re hoping Biden, who ran on a platform of principles and values, and who understands the loss of a child…will confront [the issue of terrorism] with a head of state who is sticking a finger in the eye of the U.S.”

Roth is referring to a 1995 extradition treaty between Jordan and the U.S. that led, thanks to the Roth family’s dogged persistence, to the DOJ filing charges against Tamimi in 2013. By 2017, Jordan was denying they had ever ratified the treaty. But Roth, writing at journalist Bari Weiss’ Substack, counters that claim with what he calls “a bombshell.”

Writing in regal style and invoking the “guidance of God,” the late King Hussein declared in a July 13, 1995, document addressed to the U.S. government his personal agreement as Jordan’s sovereign “to and ratification of that treaty in whole and in part. We further pledge to carry out its provisions and abide by its Articles, and we, God willing, shall not allow its violation.”

Jordan betrayed the treaty, plain as day. But no U.S. government official has publicly addressed Jordan’s failure to comply with its treaty obligation, let alone protest the moral offense or the insult to American interests and decades of mutually beneficial relations.

“We hope American law will be invoked as it has been since 2013 when terror charges were signed off against the fugitive by a federal judge,” Roth says. “At that point, there should only be one question the Jordanians ask when the Biden administration says it wants extradition under the treaty and that's ‘Which flight would you like us to put her on this afternoon?’”

Biden has plenty of leverage for negotiating Tamimi’s extradition. As The Heritage Foundation notes, “Jordan works alongside the U.S. to counter terrorist threats” in the region and is a “critical mediator in the Israeli–Palestinian conflict.” Tamimi, insists Roth, is a Hamas agent and is unrepentant for her role in the Sbarro Massacre. Biden could certainly make the case that if Jordan wants to live up to its promise to help stem the tide of terrorism, allowing the U.S. to extradite a terrorist who helped murder 15 people would be a show of good faith.

That may also negate a suggestion from Biden’s ambassador to Jordan, Henry Wooster, who said a year ago during his nomination that withholding aid to Jordan is on the table over the Tamimi issue.

“The United States has multiple options and different types of leverage to secure Ahlam Aref Ahmad al-Tamimi’s extradition,” wrote Wooster. “We will continue to engage Jordanian officials at all levels not only on this issue, but also on the extradition treaty more broadly. U.S. generosity to Jordan in Foreign Military Financing as well as economic support and other assistance is carefully calibrated to protect and advance the range of U.S. interests in Jordan and in the region.”

It will also help the Roth family find another day of peace in a life that will always be missing a beloved daughter. The Roths have done many things to honor Malki – creating a foundation that helps disabled children in her name (Malki was devoted to the care of her own disabled younger sister); practicing chesed, a Hebrew word that means showing kindness and love to God’s people, because that is how Malki lived; and fighting for 20 years to ensure her killer is appropriately punished.

“We ‘re not looking for a battleship to be named after our daughter. All we seek is justice,” Roth says. “There’s nothing I can do for [Malki] today -- she would have had a fabulous life; that is not going to happen now -- but I can do my best to ensure that her life does not become a blip, a mere data point.”

President Biden, who understands the hole left when a child dies, could help them.