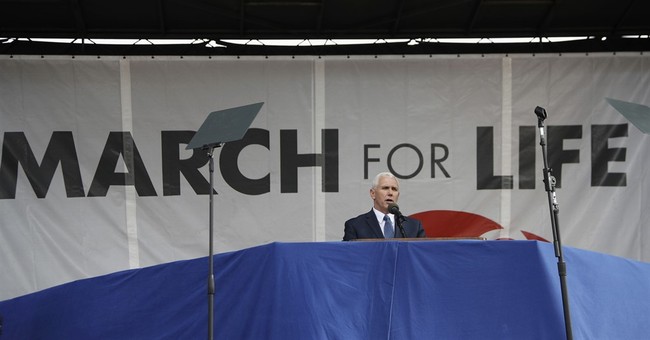 Ahead of the first Democratic candidate debate — scheduled to kick off Wednesday night in Miami — the pro-life organization March For Life has released a new ad that will air on MSNBC before the debate broadcast.

The ad, embedded below, is a simple video showcasing several women who explain how politicians “working for the pro-abortion lobby” are out of touch with the majority of women, including Democrats, when it comes to pro-abortion legislation.

Touting the idea that there is a consensus among the American people, the video cites statistics from a February 2018 KofC-Marist poll showing 8 in 10 Americans agree there should be restrictions on abortion. Further, the ad uses the same poll to show that 6 in 10 pro-choice Americans agree in their support of limiting abortions to the first trimester.

In a release announcing the ad, March For Life noted that “the American pro-life consensus, and even the pro-life consensus among Democrats, contrasts sharply with the official position of every Democratic candidate involved in the debate, as well as the party platform, which calls for no restrictions on abortion and advocates for its public funding.”

Vox reported Saturday that the overwhelming majority of Democratic candidates support repealing the Hyde Amendment — which keeps federally funded programs like Medicaid from paying for abortions — and codifying Roe v. Wade into federal law so abortion “rights” would still exist if Roe is revisited by the Supreme Court and overturned, a situation that appears increasingly likely thanks to restrictive abortion laws coming out of the South.

Jeanne Mancini, March For Life president, said in a release Wednesday that the blind support of abortion by Democratic leaders shows that the party has become wildly out of touch with most Americans on the right to life issue.

“Over a decade of research demonstrates how out of touch the Democratic Party establishment has become with Democratic voters when it comes to abortion,” Mancini said. “While 2020 Democratic candidates are taking more radical stances on abortion by the day, the polling numbers are clear: 60% of Democrats want abortion limited to - at most - the first three months of pregnancy. A majority of Americans also oppose any tax-payer funding for abortion. The Democratic establishment would do well to listen to the American people – or even just their base - instead of caving into the pressure of the abortion lobby.”

March For Life, which has the distinction of holding the largest gathering of pro-life supporters every year in Washington, DC, maintains that Roe v. Wade “invalidated 50 state laws and made abortion legal and available on demand throughout the United States.”

The march itself, which began in 1974 the year after Roe was decided, has grown to regularly include hundreds of thousands each year.  March For Life 2020 is scheduled for January 24, just as finish-line campaigning for the 2020 election begins.