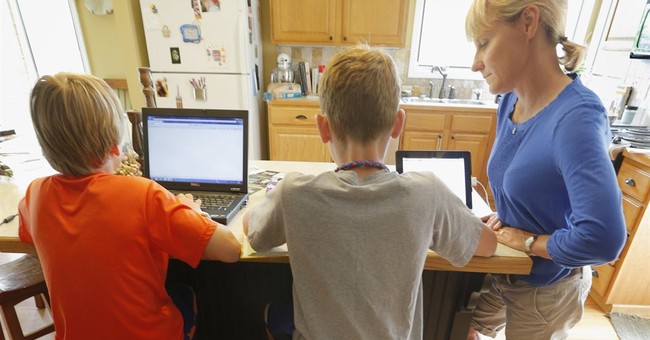 Parents with school-aged children have a growing disdain for the Common Core State Standards, a new Rasmussen report found.

The Common Core website claimed it is a myth that “adopting common standards means bringing all states’ standards down to the lowest common denominator.” Parents and school teachers, however, are still incredulous. Principals in Hawaii even predicted a 30 percent drop in math and reading scores in the wake of the standards implementation.

A state with very low academic standards, such as West Virginia, may very well improve its system by adopting Common Core. At the same time, however, a state with high academic excellence, such as Massachusetts, will almost undoubtedly be hampered.

Forty-seven percent of parents oppose the “imposition of the national standard,” according to Rasmussen.

“President Obama and Washington bureaucrats have usurped Common Core in an attempt to influence state education standards. The results are predictable. What should have been a bipartisan policy is now widely regarded as the president’s plan to establish federal control of curricula, testing and teaching strategies.

We cannot ignore the widespread concern of citizens, parents, educators and legislators who have expressed fear that adopting Common Core gives up local control of Oklahoma’s public schools. The words ‘Common Core’ in Oklahoma are now so divisive that they have become a distraction that interferes with our mission of providing the best education possible for our children.”

Indiana, Oklahoma, South Carolina, and Louisiana have all rejected the nationalized standards in favor of more specialized and state-oriented systems.