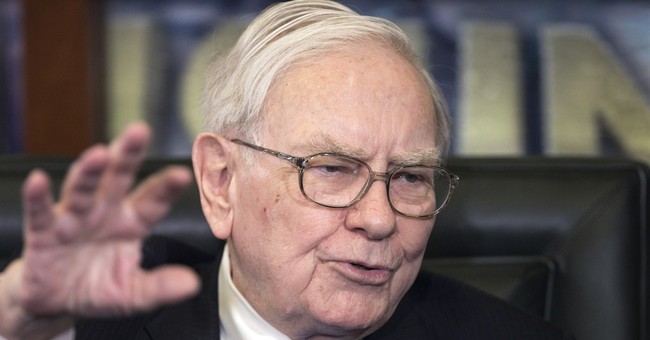 Warren Buffet, the fourth richest person in the world, is handing over millions of dollars to help pay for abortions, according to IRS documents.

As told by the National Review:

The Buffett Foundation — renamed the Susan Thompson Buffett Foundation (STBF) in 2004 after Buffett’s wife’s death — exists as a medium for the investor’s charitable giving.The foundation is remarkably opaque — “a case study in non-transparency,” writes David Callahan for Inside Philanthropy. The foundation’s most recent IRS Form 990 is from 2011.

Nevertheless, it’s clear the foundation pours millions into pro-choice organizations, with a special focus on funding for abortions. In addition to funding general women’s health organizations and some political groups, Buffett gives generously to organizations that use their funds specifically to help women pay for abortions.

For instance, STBF gave more than $21 million in 2010 to the National Abortion Federation Hotline Fund. That organization’s 990 says its mission is “to ensure that women have the information and resources they need to access quality abortion care.” It also “provides case management services to women with special needs and limited financial assistance to subsidize care for low-income women,” per its 990 from 2012 (the latest year accessible).

In 2012, the NAF Hotline’s annual revenue was a little more than $26 million, per GuideStar. In other words, Buffett’s foundation made a donation almost the size of an entire year’s revenue to one of the country’s more prominent national abortion funds.

The Buffett Foundation’s 990 for 2012 wasn’t available. But in 2011, it gave or pledged more than $40 million to Planned Parenthood, which provides abortions as part of its range of services. It gave more than $1 million to the Abortion Access Project and many other pro-abortion groups.

There are countless organizations that would profit greatly from contributions of this size. It is quite unfortunate that Buffet chooses to help end lives, rather than to help improve lives with his vast wealth.