National Awareness Month: How Many Slaves Work for You? 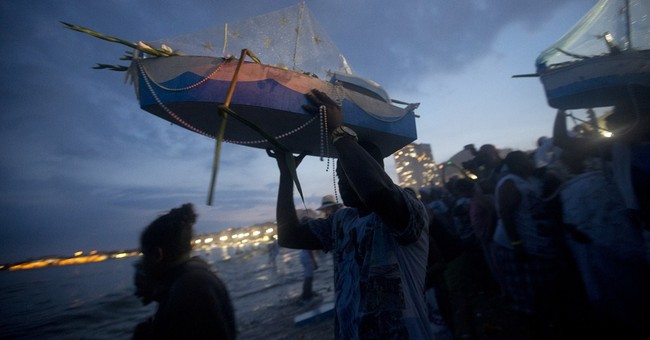 Thirty — the number of slaves calculated in my modern-day slavery footprint. Despite freedoms enjoyed in America, there are an estimated 30 million slaves in the 21st century — with as many as 63,000 laboring in the United States. In response to this, President Obama has named January 2014 "National Slavery and Human Trafficking Prevention Month."

Because modern-day slavery is a global tragedy, combating it requires international action. The United States is shining a spotlight on the dark corners where it persists, placing sanctions on some of the worst abusers, giving countries incentives to meet their responsibilities, and partnering with groups that help trafficking victims escape from their abusers' grip. We are working with other nations as they step up their own efforts, and we are seeing more countries pass anti-human trafficking laws and improve enforcement.

The 2013 Global Slavery Index was the first of its kind to attempt to track the international practices of slavery. The 136-page report ranked 162 countries based on the "estimated prevalence of modern slavery by population, a measure of child marriage, and a measure of human trafficking in and out of a country." America was numbered at 134.

Walk Free Foundation, the organization behind the project, responded:

In publishing the index, we recognize the limitations of our data and methodology. We also encourage researchers like Howard to challenge our numbers and methods and help us make the data as accurate and useful as possible.

We are not here for the moral high ground – we are here to make the research better and the numbers more accurate, so we can better understand the problem and find meaningful solutions. We are working to improve our research methodology, with more random sample surveys, strict quality checking processes for secondary sources and stronger analysis of government responses.

While the exact number may or may not be exaggerated, the fact remains that millions of humans around the world are being stripped of their natural born freedoms and are being treated as property. That is the main thing — and it is atrocious.