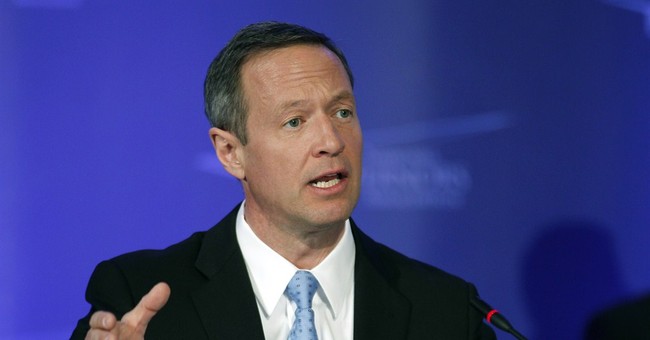 Governors from 12 states wrote Congress to show their support for extending long-term unemployment benefits. The bill in question would provide a three-month benefit extension at the price of $6.5 billion, according to the Congressional Budget Office.

As told by The Baltimore Sun:

"Congress should extend unemployment benefits, as many states continue to experience persistent levels of high unemployment," according to the letter, which was made public Wednesday and will be sent to House and Senate leaders. "Unemployment insurance has been effective in providing stability to our states' economies during times of uncertainty and weakness."

O'Malley, a Democrat who is considering a run for president in 2016, is circulating the letter as the Senate debates a bill that would extend the long-term jobless benefits for three months. Six Republicans joined Democrats in the Senate Tuesday to bring that legislation to the floor, though the bill's chances of final passage remain unclear.

The letter is signed by governors of 12 states -- including California, Illinois and Massachusetts -- as well as the U.S. Virgin Islands and Puerto Rico.

We're going to have to see action, though, on the part of Congress. I'll be willing to work with them every step of the way. Action to help our businesses to create more of the good jobs that our growing middle class requires, action to restore economic mobility and reduce inequality, action to open more doors of opportunity for everybody who's willing to work hard and walk through those doors.

As Guy noted yesterday, Obama’s own former economic adviser said unemployment insurance only lengthens the time individuals are off the job.

CNN Money released this chart showing the decline in job perspectives over time:

Federal insurance money kicks in after state unemployment benefits cut-off at around 26 weeks. As the chart indicates, the chance of getting a job at this point has fallen to 12 percent. Sorry governors, but this hardly sounds like a scheme for economic stability.