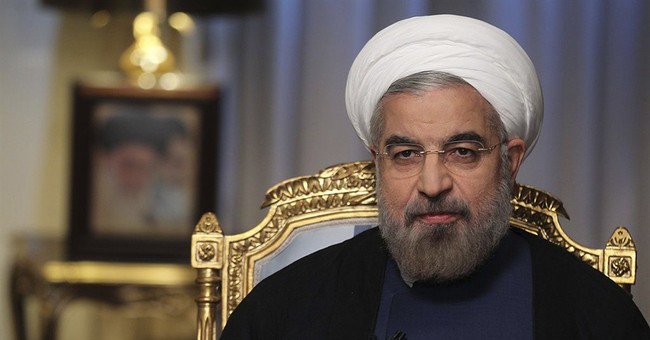 Despite Iranian President Hassan Rouhani’s claim that international congeniality is coming, most Americans do not believe Iran is likely to halt its chemical weapons program:

“Just 25% of Likely U.S. Voters think it is at least somewhat likely that Iran will slow or stop its nuclear program in the next year in exchange for the lifting of international sanctions. Sixty-six percent (66%) consider this unlikely. This includes four percent (4%) who say Iran is Very Likely to slow or stop its nuclear efforts in exchange for the lifting of sanctions and 23% who think it is Not At All Likely,” according to a Rasmussen Report released Tuesday.

President Obama explained there is a deeply rooted mistrust between Iran and the United States, which dates back to the Islamic revolution of 1979:

“Iranians have long complained of a history of U.S. interference in their affairs and of America’s role in overthrowing the Iranian government during the Cold War. On the other hand, Americans see an Iranian government that has declared the United States an enemy and directly or through proxies taken American hostages, killed U.S. troops and civilians, and threatened our ally Israel with destruction.”

Rouhani told Americans they are “very near and dear to the hearts of the Iranian people,” during an interview with CNN's Christiane Amanpour Tuesday.

“Nuclear weapon and other weapons of mass destruction have no place in Iran's security and defense doctrine, and contradict our fundamental religious and ethical convictions. Our national interests make it imperative that we remove any and all reasonable concerns about Iran's peaceful nuclear program.”

Trusting Iran will take more than rhetoric, it must be proved through sustainable action, Representatives Ed Royce (R-Calif.) and Eliot Engel (D-NY) wrote in an LA Times Op-Ed Wednesday:

“By the end of Rouhani's 100 days — in mid-November — we will be in a better position to judge whether there truly is an opening for a workable diplomatic solution. The House Foreign Affairs Committee will hold a hearing as that approaches to assess this possibility.”