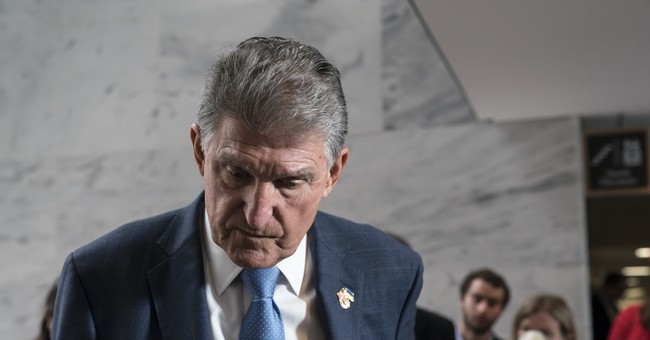 Sen. Joe Manchin (D-WV) finally released the text of his permitting reform proposal on Wednesday evening. The chatter from the past few months, however, indicates that the chances of it passing are looking increasingly slim. This is desperate assurances from Senate Majority Leader Chuck Schumer (D-NY), who said it would be included in the continuing resolution (CR) that needs to pass by September 30 in order to avert a government shutdown. Manchin had agreed to sign onto the misnamed "Inflation Reduction Act" in July, in return for such assurances about this permitting reform.

Kaine said he supports overhauling permitting: “I cannot support the Mountain Valley Pipeline-related provisions in this legislative text. Over 100 miles of this pipeline are in Virginia, but I was not included in the discussions,” saying he and his constituents feel “ignored”

The one-page outline of the text, which is 91-pages long, sure enough focuses considerably on pipeline reform, and calls for completing the Mountain Valley Pipeline. There's also mentions of the Clean Water Act.

Fellow Democrats, however, do not seem to be on board. Previous reports have pointed to Reps. Pramila Jayapal (D-WA) and Raúl Grijalva (D-AZ), with the latter penning a letter signed on by over 70 fellow House Democrats taking issue with the plan. On Wednesday, hours before the text was released, Sen. Jeff Merkley (D-OR) also sent a letter which included fellow Democrats that was sent to Leader Schumer.

Such letters came out even before the text was released. It looks like more opposition may be coming. CNN's Manu Raju highlighted remarks from Sen. Tim Kaine (D-VA), one of the less radical members of his party. "Over 100 miles of this pipeline are in Virginia, but I was not included in the discussions," and thus says he felt "ignored."

Again and again the emphasis is that these members were not part of the agreements with Manchin and Schumer.

Reports have also highlighted Republican opposition, which Manchin has decried as "revenge politics." It doesn't sound like Republicans are the only ones out for revenge, though.

And wouldn't Republicans be vengeful? Adding insult to injury about the Manchin-Schumer deal was that it was announced in July, right after the Senate had already voted to pass the CHIPS Act.

Raju also tweeted on Thursday morning that Senate Minority Leader Mitch McConnell has offered no assurances in other direction.

McConnell not saying yet if GOP is OK with Manchin’s permitting deal that Schumer plans to add to the CR. “We’ve certainly all been talking about it and it’s been much under discussion in our conference,” he told @tedbarrettcnn. GOP support critical esp given some Ds are opposed

Referring to Republican opposition, Alexander Bolton's headline for The Hill said the deal is on "life support." Not helping the bill's chances, beyond how it came out of an agreement over the so-called "Inflation Reduction Act" is that Republicans also did not see the bill's text until it was released and had also been shut out of the negotiations of this bill's text.

"Manchin" has been trending as a result of the bill that both sides are criticizing.

The full immolation of Joe Manchin has been something to behold.

Throwing out years of building a bipartisan reputation can't possibly have been worth whatever he got out of supporting the inflationary reduction act. https://t.co/MP6ANjX8dz