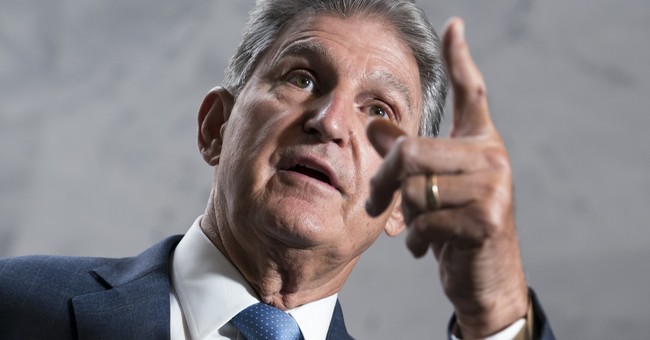 Earlier this month, more than 70 House Democrats led by Rep. Raúl Grijalva (D-AZ), sent a letter to House Speaker Nancy Pelosi (D-CA) and House Majority Leader Steny Hoyer (D-MD) calling on them to not include a deal between Sen. Joe Manchin (D-WV) and Senate Majority Leader Chuck Schumer (D-NY) in the continuing resolution (CR). The CR must pass by September 30, just days away, to avert a government shutdown. Now, another letter, led by Sen. Jeff Merkley (D-OR), has also gone out, addressed to Leader Schumer.

The deal in question stemmed from Sen. Manchin agreeing to sign onto the misnamed "Inflation Reduction Act" in return for assurances that permitting reform, including on pipelines, would make its way into the CR. As other Democrats have emphasized, though, Manchin didn't make that deal with them.

POLITICO reported on the letter for their "Congress Minutes" on Wednesday, with Rachel Frazin pointing out for The Hill that Sen. Merkley's office confirmed the authenticity of the letter.

Notable: They are not explicitly threatening to vote against a funding/permitting combo. But the senators clearly have concerns with the permitting effort: “We have heard extensive concerns from the environmental justice community regarding the proposed permitting reforms and are writing to convey the importance of those concerns, and to let you know that we share them.”

Leader Schumer has continuously insisted that permitting reform will be in the CR, with POLITICO quoting him as saying he intends to "get it done." The Hill mentioned Manchin's text for the measure, which is supposed to come any day now, will "maintain environmental safeguards."

As Frazin has reported at length in recent days, Sen. Manchin remains surprised and frustrated at how Republicans have also come out against the permitting reforms. "It's like the revenge politics, basically revenge toward one person: me. And I'm thinking, 'this is not about me,'" Manchin said.

It could very well be about Manchin, as his vote was what was needed to pass the misnamed bill, which won't do as it promised. The so-called "Inflation Reduction Act" will raise taxes for lower- and middle-class Americans and, as Sen. Bernie Sanders (I-VT) and Manchin himself even admitted, it won't do much to actually immediately help inflation. Experts warn it will make it worse.

Further, such "revenge politics" should not be surprising given how betrayed Republicans felt when Manchin and Schumer announced their deal in July. This came right after a vote took place in the Senate to pass the CHIPS Act, which did so along bipartisan lines. House Republicans then attempted to prevent the bill from passing in the House, though it ultimately did.