Why Does Everyone Have a Problem with Amy Coney Barrett Right Now? 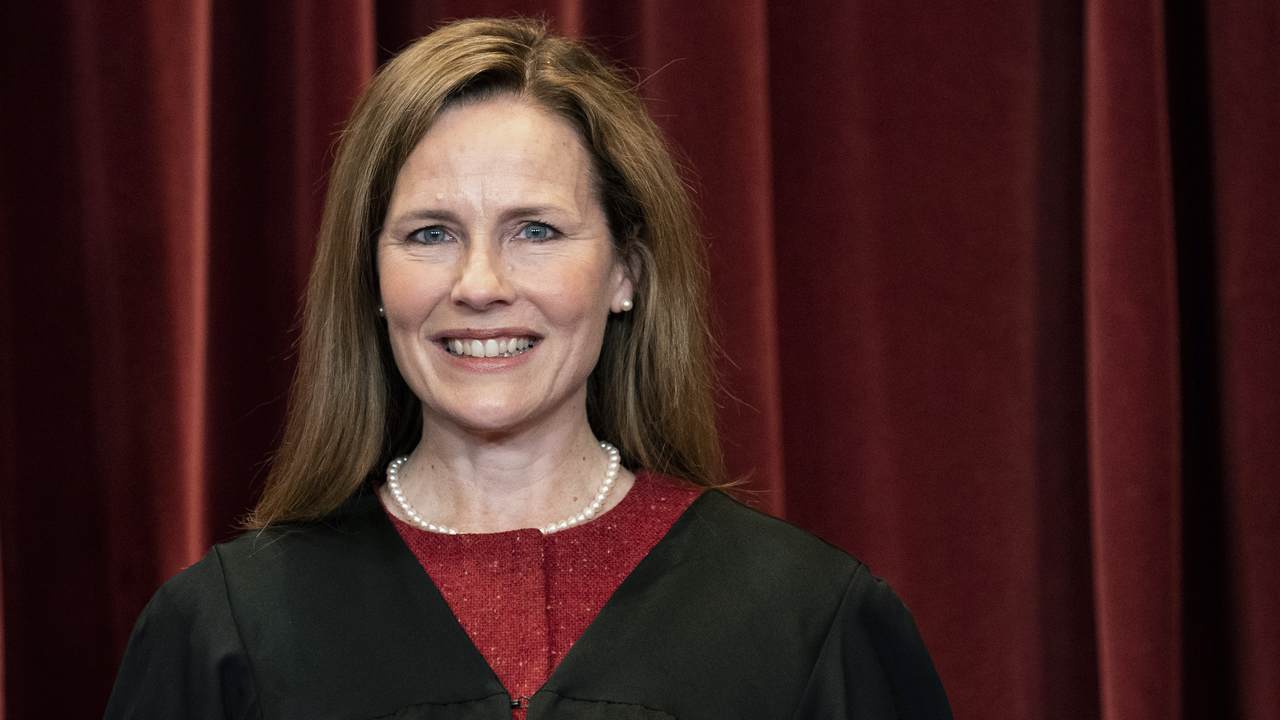 Throughout Saturday, Twitter trends to do with "Amy Coney Barrett," alongside "Domestic Supply of Infants" and "Betsy DeVos," were popping up. Boy, were people outraged, as they have been ever since she was confirmed as an associate justice on the U.S. Supreme Court in October of 2020 to replace the late Justice Ruth Bader Ginsburg. In this case, the outrage was over a footnote in the leaked draft opinion written by Justice Samuel Alito showing the Court looks to overturn Roe v. Wade.

While Dr. Jack Brown, who refers to himself as a "Body Language & Emotional Intelligence Expert" may have referred to the footnote as "Breaking," it's worth reminding that the draft opinion was leaked and reported on by POLITICO on Monday night. Dr. Brown didn't tweet about it until Friday night, causing Justice Barrett and other such similar trends to come about for Saturday.

"This analysis has also shown that nearly 1 million women were seeking to adopt children in 2002 (i.e., they were in demand for a child), whereas the domestic supply of infants relinquished at birth or within the first month of life and available to be adopted had become virtually nonexistent," the report read at one point.

In the context of the leaked drafted opinion, it was discussing reasons for opposing abortion, such as adoption.

"Americans who believe that abortion should be restricted press countervailing arguments about modern developments," the draft read, which also included how "a woman who puts her newborn up or adoption today has little reason to fear that the baby will not find a suitable home," which is where the footnote comes in.

Yes, the opinion uses the CDC's words, but they're being cited here in a justification for banning abortion. That context is what matters.

Even Brandon Friedman, a writer who had been with the Obama administration, acknowledges that the footnote quotes the CDC. It's not in Justice Barrett's own words, though that didn't stop the pro-abortion left from tweeting about her on Saturday, instead of the body that used such terminology.

Sarah St. Onge, a pro-lifer who has written about the issue for many outlets, also offered further insight.

If you have to lie then it must mean your position sits on a tenuous foundation- this is a footnote to answer an argument the pro-choice lawyers brought up. Here's the rest of it. pic.twitter.com/mBrV7O0GSO

Plenty raged over Twitter on Saturday without making reference to the CDC.

In writing for The Mary Sue, Chelsea Steiner never once mentioned that the footnote was a quotation, or that it came from the CDC. She didn't even include Friedman's subsequent tweet in that thread. "Let’s Unpack the Chilling Phrase ‘Domestic Supply of Infants’ in the Supreme Court’s Draft to Overturn Roe v. Wade," her headline read, though the piece itself didn't involve much unpacking.

At one point her piece reads, with added emphasis:

But I cannot stop thinking about a particularly insidious phrase within the draft opinion penned by Justices Samuel Alito and Amy Coney Barrett. The draft refers to adoption as a reason for abortion to be overturned, a common argument from pro-forced birth groups. The draft references nearly 1 million women who were seeking to adopt in 2002, “whereas the domestic supply of infants relinquished at birth or within the first month of life and available to be adopted has become virtually nonexistent.”

The “domestic supply of infants”. Let’s sit with that for a moment.

There is something so insidious, so heinous about referring to children as a domestic supply, like they are tubs of margarine or paper straws or chapstick. This argument is built on the idea that that women who don’t want to be pregnant should just SUCK IT UP for 9 months so that other families can make their adoption dreams come true. And it makes a twisted kind of sense in the minds of Coney Barrett and Alito. After all, America is built on the backs of low paid workers whose tireless production lines the pockets of the wealthy.

It's certainly curious that Steiner is willing to refer to them as children once they've already been born. Although she did not mention Barrett by name in other excerpts, she did certainly let her malcontent known about certain adoptions:

And this says nothing of the systemic racism inherent in forced birth and adoption. Across the globe, white colonists have practiced forced adoption as a means of separating Indigenous children from their parents, adopting them out to white families to be assimilated into Christianity. This heinous practice occurred for decades in Australia, Canada, the U.K., and America.

Too many on the left took issue with two of Justice Barrett's children being adopted from Haiti, a story that dominated the news when her nomination was announced and during her confirmation hearings.

In case you were wondering if DeVos, the Secretary of Education under the Trump administration was trending alongside her because she had anything to do with the legal writing of a U.S. Supreme Court draft, you'd be wrong.

These religious extremists have to stick their noses in everyone’s uterihttps://t.co/nEpUvaViFw