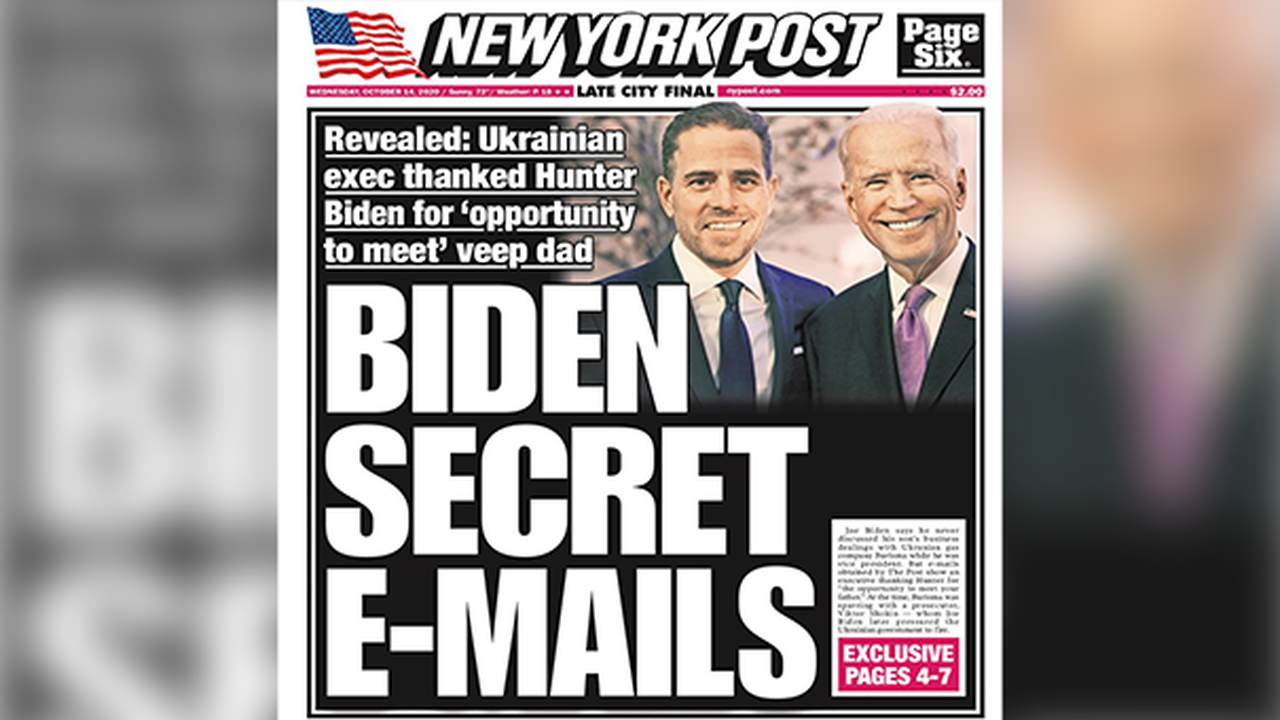 Last week, the New York Times confirmed what we already knew all along, which is that Hunter Biden's laptop was not only legitimate, but quite concerning. This story is made all the more frustrating considering that reporting from The New York Post was censored from social media, while Democrats dismissed it as a form of Russian propaganda, and mainstream media outlets, like taxpayer-funded NPR, refused to cover it. This conveniently took place weeks before the 2020 presidential election, and now Joe Biden is president.

As pollster Rich Baris offered last Thursday over Twitter, the censorship not only affected voter information on the story, but that "Censorship absolutely impacted votes."

Baris shared with Townhall polling data from the 2020 Public Polling Project they conducted for Inside The Numbers, as part of People's Pundit Daily, a YouTube channel Baris has.

He also offered in a statement to Townhall that "Big tech censorship absolutely influenced the 2020 U.S. presidential election. People went to the polls and sent in their ballots without all of the information. As a result, millions of voters made an uninformed decision, and many of them would take it back if they had the option to do so."

In Pennsylvania, a total of 74.4 percent of respondents had heard of the "Biden News Report," which refers to the laptop story. Broken down by political affiliation, Independents, who were key in electing Biden, and who had favored former President Donald Trump in 2016 when he beat Hillary Clinton, were even less familiar with the news story, in that 70.8 percent had heard of it. And, while a higher amount of those who had already voted or were "certain" to vote had heard of the story, at 77 percent, far fewer "likely" voters, who had a likelihood greater than 50 percent, had heard of it, in that just 61.9 percent had.

While the 2020 election took place on November 3, Decision Desk did not call Pennsylvania for Biden until November 6, with some waiting until November 7 to do so. There have been numerous lawsuits, including how the commonwealth counted mail-in ballots. As Katie reported in January, the Pennsylvania Commonwealth Court struck down the mail-in voting law. The state supreme court recently heard arguments in the case, as Gov. Tom Wolf, a Democrat, vowed to appeal.

When it comes to Wisconsin, another key battleground state, a similar 75.5 percent had heard of the "Biden News report." Again, Independents were the least likely by political affiliation to have heard of it, with just 68.8 percent having heard of the story.

This state was particularly close, as Biden won with 49.5 percent to Trump's 48.8 percent. There were likewise lawsuits in Wisconsin, with Trump calling for a recount after the race was called for Biden on November 4.

In 2020 and 2021, the Media Research Center commissioned a poll from  McLaughlin & Associates regarding mainstream media censorship on the news story.

The poll from 2020, conducted shortly after the election, showed that 36 percent of voters were not aware of the story providing "evidence linking [Biden] to a corrupt financial deal with China," and, that 13 percent, had they known, would not have voted for Biden, compromising of 4.6 percent of his total vote.

In 2021, the poll showed that 51.8 percent of respondents believed that Big Tech "interfered in the 2020 election" by censoring the story on Facebook and Twitter.