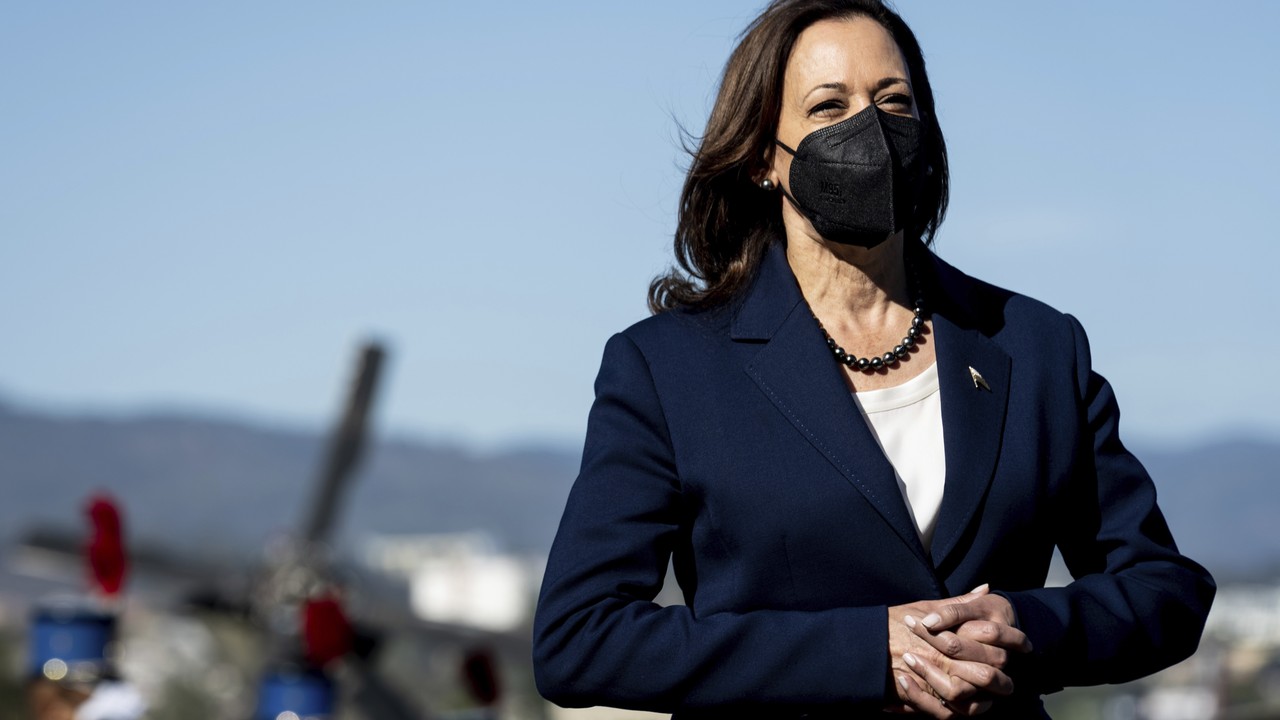 Vice President Kamala Harris arrived in Poland on Wednesday, having been tasked by President Joe Biden with yet another mission doomed to fail. The news that she was being sent was announced last week, as Matt covered, and a lot has happened since then, further highlighting how much of a mess this administration is, including,--but not solely--when it comes to the foreign policy front.

Some major news has also when it comes to Eastern Europe, in addition to Harris' arrival there. As Katie covered, the United States balked at the proposal for Poland to send MiG fighter planes to Ukraine, after President Volodymyr Zelensky begged for help. Zelensky's requests to NATO for a no-fly zone were denied, something that was heavily discussed and largely rejected by American lawmakers on the Sunday shows.

It can hardly be emphasized enough what a communications error this looks like. As Katie and I both covered, Secretary of State Antony Blinken himself gave the "green light" during his appearance on CBS News' "Face the Nation," for Poland to send MiGs. On other Sunday show appearances that day, including CNN's "State of the Union," Blinken's concerns appeared to be offsetting gaps for Polish security, as he mentioned that "whatever they provide to Ukrainians, something goes to them to make up for any gap in the security for Poland that might result."

.@SecBlinken: The U.S. has given the “green light” to NATO countries if they choose to provide fighter jets to Ukraine, one day after President Zelensky made a plea to members of Congress to provide them during a Saturday Zoom call. https://t.co/liDkdNCAFI pic.twitter.com/3vHqk6YzQe

What a difference a few days and some more communications make. Matt highlighted earlier on Wednesday how bad this looks for the United States on the world stage.

As Harris landed in Poland, such an issue of communication for this administration is what's dominating the headlines.

"‘Fix the breach’: Harris on a clean-up mission with Poland after US rejects fighter jet plan for Ukraine," read one headline from USA Today. "Harris lands in Poland amid turbulence over jets for Ukraine," read a punny one from the Associated Press.

Chris Cilliza over at CNN drew some attention and mockery for his Wednesday morning piece "Is this, finally, Kamala Harris' moment?" Cillizza's own piece seems to suggest it might not be, though in closing he wrote "Harris badly needs a moment to show that she could step into the top job. Those moments don't come along very often, but this week's trip is very much one of them."

As Cillizza himself acknowledged, not long before his piece was published, Kevin Liptak also wrote about Harris' trip, with a more sobering perspective. "Harris' trip to Poland and Romania turns fraught after US rejects Polish plan to get jets to Ukraine," his headline read.

Vice President Harris doesn't exactly have the most impressive track record when it comes to tasks heaped upon her by President Biden. Her foreign trips don't translate into successes, either. Her "border trip" last June didn't even entail visiting the border. Further, even the White House was displeased with her trip to Mexico, last June, as Julio covered at the time.

Crises abound, including when it comes to priorities. When it comes to Latin America, and countries where Harris has been tasked with stemming the flux of immigrants from, she can't be bothered to conduct proper visits. She did, however, attend the Honduran president's inauguration in January, as I covered at the time.

And, more particular to this part of the world, let's not forget that Harris was sent to Munich Security Conference last month, and just days later the Russian invasion of Ukraine began.

It's worth highlighting Harris remains an unpopular figure, which Cillizza himself also referred to:

A Fox poll in January showed that while 43% of registered voters approved of the job she was doing, 54% disapproved. An NBC survey around that same time showed that a near-majority (49%) of Americans held a negative view of Harris, compared to 32% who viewed her positively and 14% who were neutral on her.

So far in 2022, Harris has kept a lower profile, aside from a diplomatic trip to Munich in February. Her missions to Europe over the last month are, without question, her biggest moments of the year -- and very probably -- her vice presidency to date[.]

As Madeline highlighted last month, a plurality, at 46 percent of respondents in California--her own state-- disapprove of Harris' job performance.

Cillizza can hope and dream all he wants, but there isn't much hope when it comes to Harris pulling off a leadership "moment" here.