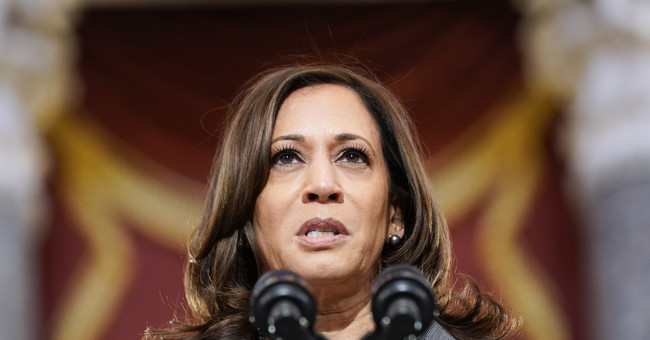 California voters surveyed in the poll were almost evenly split in their approval for Biden, with 47 percent approving and 48 percent disapproving. The Times’ write-up noted that this marked a two-digit negative shift since the last poll, in July, when Biden’s approval rating stood at 59 percent.

As for Vice President Kamala Harris, 38 percent of respondents said they approve of her handling of her job while 46 disapprove.

“The assessments of both Biden and Harris dropped sharply from last summer, in line with their slumping poll numbers nationwide,” the Times noted in their write-up.

Voters were asked their opinion on longtime California Democratic Sen. Dianne Feinstein, who is now 88 years old. Forty-nine percent of respondents gave a negative assessment of the senator.

“The 49% of registered voters giving Feinstein a negative assessment include respondents from core Democratic blocs: those who identify as “strongly liberal,” voters under 40 and Latinos and Asian Americans. In all regions of the state — including the major population centers of Los Angeles and the Bay Area, where she is from — a plurality of voters disapprove of her performance.

‘I’ve never seen those constituencies moving to the negative side in unison as we’re seeing now,’ said [Mark] DiCamillo, who has conducted polls at UC Berkeley and, before that, the statewide Field Poll, on Feinstein’s popularity since she joined the Senate.

Most striking is Feinstein’s loss of popularity among women voters. Feinstein had typically performed strongly with women ever since her 1992 election, when she and former Sen. Barbara Boxer became the first female senators from California. Now, one-third of women surveyed approve of her performance, while 42% disapprove.”

DiCamillio, the director of the poll, told the Times that he was “amazed at the dissatisfaction for both of the women [Harris and Feinstein].” However, as Townhall has covered, Harris’ approval rating, as well as President Biden’s, have been underwater for months.

“There’s frustration with the government and its inability to get a lot of things done,” DiCamillo said to the Times “I don’t think they warm to this hyperpartisan world that they’re living in, either. There’s really a disaffection with politics that perhaps wasn’t there in the past.”