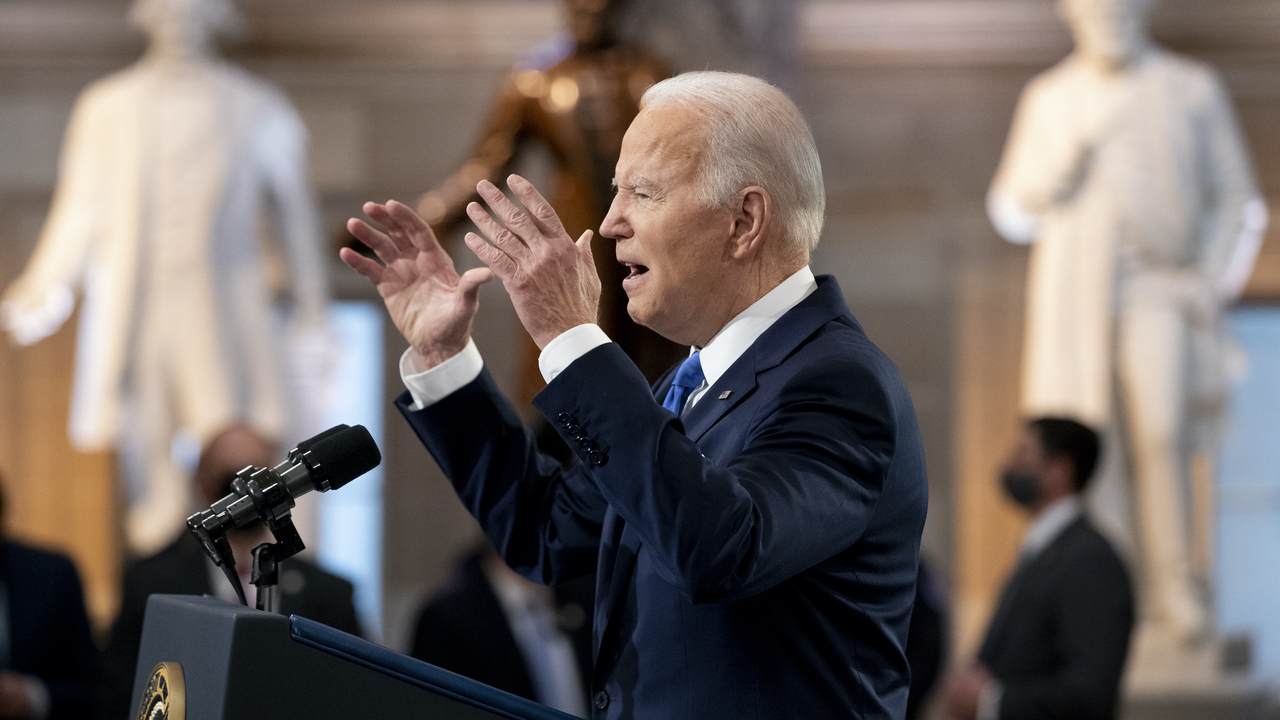 No matter how much President Joe Biden stresses "unity," the numbers just aren't on his side when it comes to the country feeling that way. A Pew Research poll told us as much last September. More recently, a poll from Georgetown University’s Institute of Politics and Public Service found that more respondents than not believe politics has gotten less civil.

As a refresher, that Pew Research poll found that 66 percent of respondents were not confident that Biden can "Bring the country together, while 34 percent were confident. The poll was conducted September 13-19, 2021, with 10,371 U.S. adult respondents and a margin of error of plus or minus 1.6 percentage points.

According to the full Republican analysis by the Tarrance Group, even liberal Democrats don't seem very hopeful, in that 17 percent of such respondents say it's gotten less civil and 37 percent saying it's remained the same.

Even more respondents, according to the poll, believe politics has gotten less civil since the Wuhan coronavirus, with two-thirds saying as much.

Overall, those results were pretty ugly and reflective of a divided country, one where people are more likely than not to believe we're headed towards a civil war:

Overall, on a scale of 0 to 100, where “0” means there is no political division in the country and where “100” means there is political division on the edge of a civil war, Americans give a mean score of 70.36, which is very similar to, though slightly down from, the average number of 72.96 in October of 2021. When asked to predict the level of division one year from now, the mean response is 68.32, reflecting a modest amount of optimism but still relatively high.

“Politics and the pandemic are driving polarization, and voters continue to believe this is one of our country’s biggest challenges,” said Georgetown Institute of Politics and Public Service Executive Director Mo Elleithee. “When looking to the future, the bad news is that voters believe things are going to get worse before they get better. The good news, however, is that they believe things will get better. And that optimism is driven by a belief that young people are committed to making the country a better place to live for everyone.”

“The President has repeatedly talked about bringing more civil discourse to our politics. However, most voters (60%) think politics has been less civil. It is challenging to find common ground for growth when most voters think that ground has gotten less fertile over the last two years,” said Ed Goeas of The Tarrance Group. “It is a tribute to the fundamental optimism of the American electorate that voters continue to have hope for the future despite their reasonable frustrations with the present. The real question that cannot be answered with a survey is how we get the political environment to a point that that optimism can truly grow.”

“As has been the trend in the past several years of this poll, the numbers reveal that if there is one thing that unites America, it is the feeling that divisions in this country are running dangerously high,” said Celinda Lake of Lake Research Partners. “Easily the most positive piece of news out of the whole survey is that when confronted with the statement, “I am optimistic about the future because young people are committed to making this country a better place to live for everyone,” over half of Americans (58%) agree.”

The poll write-up touts that President Joe Biden is one of the most respected individuals on their list of individuals and organizations, in that 54 percent say they respect him "a lot (31 percent)" or "some (23 percent)." However, the most commonly chosen response is the 34 percent who say they have "no respect" for him.

This is a far cry from how Democratic nominee Biden made unifying the country a major part of his campaign, as did recently inaugurated Biden when he emphasized it throughout his inaugural speech. He claimed he could unify the country last October during a CNN town hall. Biden even just brought it up on Thursday during the National Prayer Breakfast, when he stressed the concept and tried to remind people he was buddies with Senate Minority Leader Mitch McConnell (R-KY).

People clearly aren't buying it though.

Let's not forget that this is the same Biden who last month gave a particularly angry and divisive speech about voting. Such legislation he was promoting, in reality, amounts to a federal takeover of elections, no matter how many times Democrats claim it's about the right to vote. During that speech, he likened opponents of the legislation to Jefferson Davis, George Wallace, and Bull Connor. He then lied about it and snapped at reporters who brought it up during his subsequent press conference.

And speaking of McConnell, the minority leader the very next day reacted to that speech with strong words, which in part reminded his fellow senators that "twelve months ago, this President called on Americans to 'join forces, stop the shouting, and lower the temperature.'" McConnell went on to call Biden's speech "profoundly unpresidential," and share "I have known, liked, and personally respected Joe Biden for many years. I did not recognize the man at that podium yesterday."