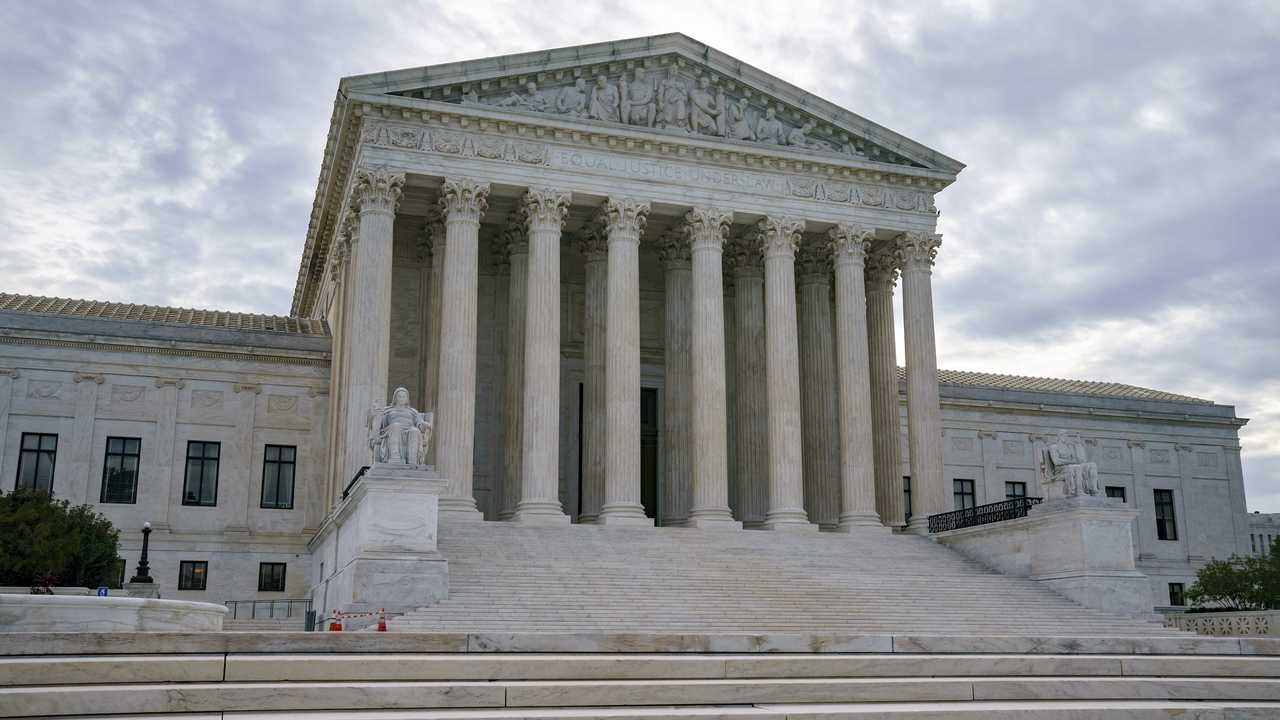 As Katie reported earlier on Wednesday, it was leaked that Justice Stephen Breyer plans to retire, which will enable President Joe Biden to pick his successor. As Katie also highlighted, Biden had pledged to nominate a Black woman to sit on the U.S. Supreme Court.

Such a pledge fulfills a campaign promise from then-candidate Joe Biden. His campaign website still includes that language. It's worth noting that it is not under a section to do with the courts or legal system, but rather is under the heading of "LIFT EVERY VOICE: THE BIDEN PLAN FOR BLACK AMERICA."

The relevant part of section reads, with original emphasis, that Biden will:

Appoint U.S. Supreme Court justices and federal judges who look like America, are committed to the rule of law, understand the importance of individual civil rights and civil liberties in a democratic society, and respect foundational precedents like Brown vs. Board of Education and Roe v. Wade. Biden has also pledged to appoint the first African American woman to the U.S. Supreme Court, a move which is long overdue. We can’t have four more years of Trump appointees filling lifetime judiciary seats. Trump has already appointed 193 federal judges – including two Supreme Court justices. Only eight are African American. Seven Trump appointees were rated “not qualified” by the American Bar Association.

Unlike then-President Donald Trump who released such a list when he was running for re-election, Biden has not released such a specific list as his predecessor. White House Press Secretary Jen Psaki did confirm, however, that Biden intends to fulfill such a promise and nominate a Black woman to the highest court based on her skin color and sex.

Some are speculating that it could be Vice President Kamala Harris, as she fits that criteria. Considering that Psaki said during Wednesday's press conference "I’m not going to speak to any considerations, preparations, lists," one is left to wonder.

It was not merely the leaked news of Breyer's retirement that was gaining buzz, but the specific criteria Biden has. "Black Woman" was trending over Twitter on Wednesday, as was Tomi Lahren, whom social media and mainstream media outlets criticized when it comes to such critieria.

"We know what Joe Biden does best is placate to the radical element and radical aggressive base of his party that he believes is the majority. I believe he’s incorrect and I believe that they are the minority," Lahren said during Wednesday's episode of Fox News' "Outnumbered."

She went on to speculate about a justice that Biden might pick. "But I’m wondering the kind of justice that he would nominate. Now again I’m sure it would be, as Guy said, a Black woman, he’s got a dedication to that. We saw how well that worked out with Kamala Harris. But here’s to hoping he had a better choice in mind for this position."

Picking a nominee based solely on race, gender and identity politics is what I’m criticizing, and you know that. https://t.co/akIsVuv0Nj

Lahren was not the only one to make such a point. In fact, many tweets trending under "Black Woman" are critical as well.

I can totally understand the “let’s only consider a black woman for the Supreme Court” thing. This was exactly the approach that yielded #KamalaHarris and that worked out beautifully, didn’t it? #SCOTUS #Breyer

Picking judges based on immutable characteristics, just because they're a Black Woman, and not judicial philosophy sets a dangerous precedent for the country.

No need for qualifications, expertise, a strong understanding of constitutional law — nothing.

Jen Psaki just reaffirmed that the President will only consider a black woman for the next nomination -- a threshold gender and race condition that the Court itself has found unconstitutional for schools and unlawful for private businesses. https://t.co/uzc5jInAlg

Saying that you are only going to pick someone of a particular race and gender actually does them a tremendous disservice because it doesn’t allow them to be judged on their own merits. You’ve made them a quota pick.

By saying he is only picking a black woman, Joe Biden is excluding 94% of all Americans for the job of Supreme Court justice. It’s the very definition of racism and sexism, choosing someone not based on their actual qualifications but on their cosmetic diversity instead.

Besides Harris, a name that many are talking about is Judge Ketanji Brown Jackson, who has served on the D.C. Circuit Court of Appeals since last June, where she replaced Merrick Garland, who now serves as Biden's attorney general. In her confirmation to that position, Jackson received votes from three Republicans in addition to all Democrats, including Sens. Lisa Murkowski (AK), Susan Collins (ME), and Lindsey Graham (SC).

Brian Fallon, of the far-left group Demand Justice, which has incessantly been pressuring Justice Breyer to retire for months and supports legislation to pack the Court, suggested her name.

Biden will get a chance to make history by putting the first Black woman on SCOTUS, and he will have many highly qualified candidates to choose from. One of those candidates, Judge Ketanji Brown Jackson, was supported by all 50 Dems and three Republicans for DC Circuit last year

In a piece by Elaine Godfrey published for The Atlantic, Judge Jackson is that "Biden’s Likeliest Supreme Court Pick" referred to in the headline.

As Godfrey goes on to write:

Jackson, who is 51, fulfills a lot of requirements for the establishment set. She has the same Ivy League credentials as the sitting justices, having earned both her undergraduate and her law degree from Harvard and edited for the Harvard Law Review. She clerked for three federal judges—including Breyer, from 1999 to 2000. If nominated and confirmed, Jackson will follow the same track as Brett Kavanaugh, who also clerked for the justice he ultimately replaced. Also like Kavanaugh—and seven other current and former justices—Jackson would be coming directly from the D.C. Circuit Court of Appeals, the second-most important court in the country after the Supreme Court.

Fallon also spoke with Godfrey for her piece, saying Jackson's nomination "would make quite a statement" and that "[i]t would signal a new era and a shift away from the decades-long default to former prosecutors and corporate lawyers."

Besides her lack of experience, which Godfrey signaled might be a complaint from some Republicans, Jackson's rulings against Trump with a decision that warned "Presidents cannot be kings."

Godfrey also highlighted another potential pick of Leondra Kruger of the California Supreme Court, who is 45, and could thus serve longer on the Court. "The expiration date on Jackson as a SCOTUS nominee is much closer,” David Lat, the founder of the website Above the Law, told Godfrey, though. Biden "can always nominate Kruger for another vacancy" at another time.