Oh My: Breyer Wasn't Ready to Announce His Retirement...So Who Leaked It? 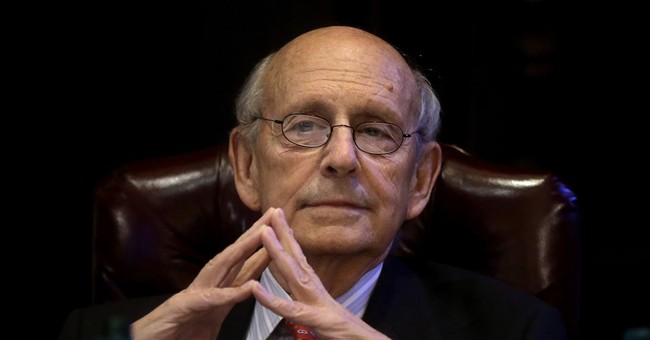 Supreme Court Justice Stephen Breyer has not made an official announcement about retiring at the end of the current term but that hasn't stopped news of his departure from spreading like wildfire in Washington D.C. and around the country.

Reportedly, Breyer is "upset" about the way the announcement was made and did not plan on breaking the news today.

A bit more clarity. I'm told Justice Breyer had firmly decided on his own to retire and that an announcement was due very soon. And while it appears someone jumped the gun on that, better to characterize him as surprised by events today than "upset".

The news was leaked, by who is still unknown.

This Breyer retirement leak is pretty ugly considering aggressive calls frm the Left for him to retire.

WH @presssec reiterating it shld have been on his terms.

For months far-left activists have tried to push Breyer out in order for President Joe Biden to replace him.

“The dark money left has been pressuring Justice Breyer to step down for a long time, and now it seems like that’s worked.” - JCN President @JCNSeverino on Justice Breyer’s retirement announcement pic.twitter.com/BmlPAtV1BS

The White House continues to claim they were unaware of Breyer's plans to announce his retirement.

It has always been the decision of any Supreme Court Justice if and when they decide to retire, and how they want to announce it, and that remains the case today. We have no additional details or information to share from @WhiteHouse

BIDEN: "Every Justice has the right and opportunity to decide what he or she is going to do and announce it on their own. There's been no announcement from Justice Breyer. Let him make whatever statement he's going to make and I'll be happy to talk about it later." pic.twitter.com/6aZflgxzbn

Why are political operatives in the White House trying to bully Justice Breyer into retirement? https://t.co/z9JyWnDXsd

Justice Breyer prides himself on not being a partisan and can't be happy about a retirement announcement that was leaked (very possibly by the White House).

Maybe Joe Biden and left-wing dark money groups bullying him to retire wanted to be *sure* he followed through with it. https://t.co/ciQvZ4K7xs