It's Not Just Symone Sanders: Kamala Harris is Losing Even More Staffers 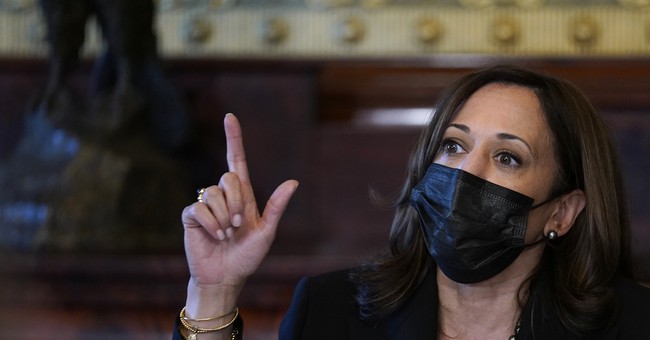 On Wednesday night it came out that Vice President Kamala Harris was losing a top advisor, Symone Sanders, who will only serve as a senior advisor and chief spokesperson to Harris for a few more weeks. It's also been reported, though, that two more staffers are leaving their posts.

Cleve R. Woodson Jr. and Tyler Pager's reporting with The Washington Post from Wednesday night focused on Sanders' departure, but there is also a paragraph devoted to two others:

Peter Velz, director of press operations, and Vince Evans, deputy director of the Office of Public Engagement and Intergovernmental Affairs in the vice president’s office, have also told others in the vice president’s office that they are leaving, according to two administration officials. Both are expected to take new jobs in or close to the administration.

Reporting from Brett Samuels for The Hill on Thursday confirmed the departures, citing "a source familiar with the departure."

It's definitely worth highlighting that specific sentence, that they are "[b]oth expected to take new jobs in or close to the administration," further suggesting it may be to do with internal struggles within the vice president's office.

As Matt reported back over the summer, POLITICO had a damning report about working for Harris, citing multiple anonymous sources who claimed that "it's an abusive environment," that "it's not a healthy environment and people often feel mistreated."

Especially since the reporting hinged on anonymous reports, though, White House Press Secretary Jen Psaki didn't feel too keen to discuss the matter at the time.

Fast forward to several months later though, and there's still more of the same to report.

In an exchange with Fox News' Peter Doocy during a Thursday press briefing, Psaki tried to spin the departures as an "overall a very positive thing" since it's "an opportunity to bring in new faces and perspectives." Psaki did acknowledge though, that, "working in the first year of a White House is exciting and rewarding, but it’s also grueling and exhausting."

DOOCY: "Is the Vice President not satisfied with the staffing that she has had so far, or do people just not want to work for her anymore?"

PSAKI: "It's natural for staffers who have thrown their heart and soul into a job to be ready to move on to a new challenge." pic.twitter.com/5AFFMRhyWA