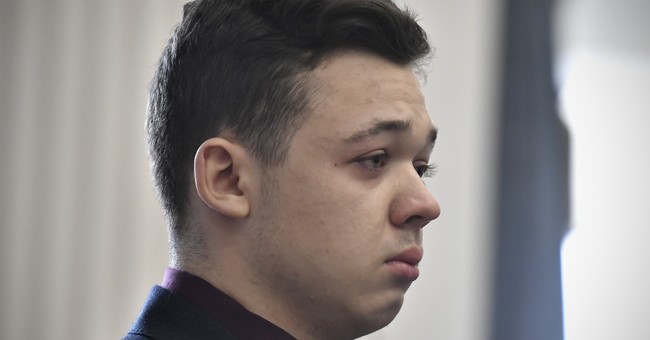 As the "not guilty" verdict came in for Kyle Rittenhouse on Friday, many were so quick to rush to react that they ignored key facts of the case. This included an Instagram video, filmed by Deaquan Nichols, at James Madison University, during which he claimed Rittenhouse was charged "with murdering and taking away two beautiful Black lives." The video appeared on the Instagram account of James Madison University (JMU), though it was ultimately taken down.

JMU is a publicly funded university that is now pushing political propaganda and misinformation from their social media accounts.

JMU’s actions are unethical, as Kyle Rittenhouse was found innocent, and dangerous, as the post pushes false info that could lead to violence. 2/2

The video was shared to Twitter on Friday night by Tina Ramirez, who is running for Congress in a Republican primary field for the 7th district of Virginia to challenge Rep. Abigail Spanberger, a Democrat.

Townhall contacted JMU about the video and received a statement from Mary-Hope Vass, the director of communications and university spokesperson.

Vass explained that "James Madison University offers 'student takeovers' on social media platforms as an opportunity for our audiences to learn about student activities and research. One of yesterday’s takeovers went into the personal opinion and viewpoints of a student, which are not necessarily reflective of the university. The video expressing this opinion was removed from the university’s social media account."

At the start of the video, Nichols is promoting his documentary for a film fest coming out on December 16, "A Day in the Life of Deaquan Nichols."

It quickly takes on a somber tone as he addresses the Rittenhouse trial.

"Thank you to JMU, thank you to the entire Duke family," he acknowledges, before saying "I simply wanted to publicly announce that the verdict with the Kyle Rittenhouse case has been nothing more than a disgusting [inaudible]," as he goes on to discuss "what it's really like to be Black in America. All the protesting, everything we went through in 2020, we-we really would think it would make a change but clearly it doesn't."

"We scream Black Lives Matter but it doesn't matter enough for these people who are in power, the jury, the judge, anybody, to charge this man with murdering and taking away two beautiful Black lives at the ripe ages of 26 and 36. It's disgusting," he continued. "We can't go to the store, Rest In Peace Trayvon Martin, we can't lay in bed, Rest In Peace Breonna Taylor. And we can't even protest without our lives being on the line. And that's what we fight for," he said in conclusion.

Rittenhouse had been charged with and found not guilty of, among other things, intentional homicide. He was found not guilty as a matter of self-defense. The two men whose lives he was charged with "taking away," were Anthony Huber and Joseph Rosenbaum. They were indeed 26 and 36, respectively, but they were Caucasian, not Black.

They also each have rap sheets.

Rosenbaum was convicted of multiple accounts of sexual contact of a minor, and had been charged with even more, but he had agreed to a plea deal. The court had also been asked to revoke his probation. He was out on bond over a  domestic abuse battery accusation.

Huber was convicted in a strangulation case and had recently been accused of domestic abuse.

Gaige Grosskreutz, who Rittenhouse shot after Grosskreutz raised his handgun at him and advanced towards him, is also Caucasian.

The fatal shooting of Huber and Rosenbaum and shooting of Grosskreutz took place on August 25, 2020, during rioting in Kenosha, Wisconsin, after Jacob Blake, a Black man, was shot by police. Blake himself admitted that he had a knife on him.

Nichols had said in the video that he would be logging off. His Instagram account has been set to private.