Warnings About Packing the Court Are Coming from All Over 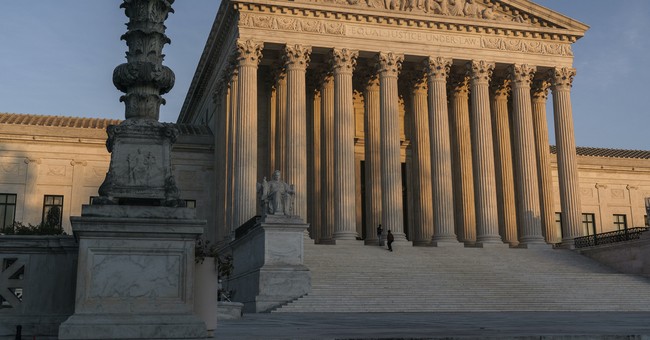 After the U.S. Supreme Court last week allowed a Texas abortion law to go into effect, hysteria from the Left has led to renewed calls to pack the Supreme Court.

Squad member Rep. Alexandria Ocasio-Cortez (D-NY) called for packing the Court and abolishing the filibuster, just a few of her ranting and rambling reactions against the law which bans most abortions after a fetal heartbeat is detected, at around six weeks.

Republicans promised to overturn Roe v Wade, and they have.

Democrats can either abolish the filibuster and expand the court, or do nothing as millions of peoples’ bodies, rights, and lives are sacrificed for far-right minority rule.

This shouldn’t be a difficult decision. https://t.co/GcEjkxt3gs

AOC is hardly the only one, though. House and Senate Democrats renewed their calls from April, when they introduced the Judiciary Act, a legislative scheme meant to pack the Court.

.@RepJerryNadler @RepMondaire @SenMarkey we don’t just support expanding #SCOTUS, we introduced the bill that does it: https://t.co/fXTX76tnBQ

We're in the fight to protect abortion rights and we're not quitting until we abolish the filibuster, expand the Supreme Court, and make sure every person can get the abortion care they need. pic.twitter.com/GKqOdHwhJI

One week ago the Supreme Court allowed the radical new abortion ban in Texas to go into effect. Now, I'm standing with @PPMASS, @ProChoiceMass, and Carol Deanow to say that we must abolish the filibuster, expand SCOTUS, and protect abortion rights.https://t.co/VlrLziwgOL

Republicans stole the Supreme Court majority and now they're doing everything they can to dismantle Roe v. Wade. This is our urgent call to action. We have to abolish the filibuster and repair the broken Supreme Court by adding four new seats.

Congressman @MondaireJones has been the Democrats’ most outspoken, eloquent, and clear-eyed voice on expanding the court - his fellow Dems and the White House - and Stephen Breyer! - need to listen to him https://t.co/TCKx5FFj0N

As he did in April when the legislation was introduced, Rep. Jim Jordan (R-OH), who is the ranking member of the House Judiciary Committee, spoke to Townhall to express his concerns.

President Joe Biden, the congressman offered, is likely to wait until the commission he put together about the Supreme Court comes back with such a recommendation. It's Rep. Jordan's view that it "was set up so that the commission would come back and recommend that they expand the Court," which would be the reason used, which Jordan emphasizes is "what they've always wanted to do."

If one were to think that such warnings came only from Republican lawmakers, they'd be wrong.

Supreme Court Justice Stephen Breyer spoke with NPR's  Nina Totenberg, during an interview which addressed whether or not he would retire, as I wrote about in a VIP article of mine. He also issued a warning when it comes to as, what NPR calls, "remaking the court."

As Breyer told Totenberg, "what goes around comes around. And if the Democrats can do it, the Republicans can do it."

Justice Breyer has spoken out about court packing before. Earlier this year, as Reagan reported, the justice again warned against it. During a Harvard Law speech he gave on April 6, Breyer said to "think long and hard" about the idea, pointing out that the Court's authority depends on "a trust that the court is guided by legal principle, not politics."

Justice Stephen Breyer, the most senior member of the U.S. Supreme Court's liberal wing, delivered a stark public warning against partisan proposals to expand the court and the branding of its current makeup as "conservative." https://t.co/wgl6ShKDgi pic.twitter.com/47KuIE6Al1

Rep. Jordan, did not only not shy away from sharing his concerns about how dangerous such legislation is, in that "it's bad policy, it's bad for the country, and bad for the Constitution," he believes Democrats "are likely to try to move ahead with it."

Such a transformation that Democrats seek for the country is thus one more reason the GOP feels emboldened for 2022. Rep. Jordan certainly thinks his party will take back the House "in a big way."