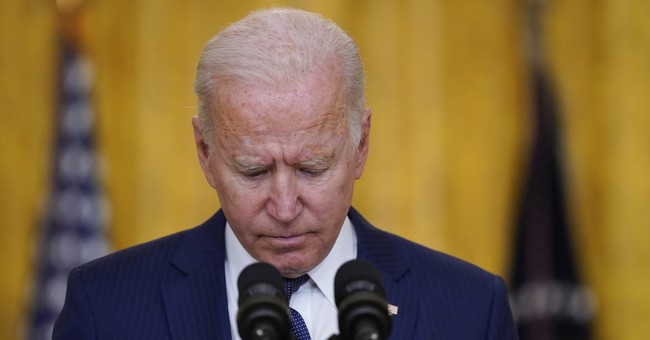 President Joe Biden and First Lady Jill Biden were at the Dover Air Force Base Sunday morning for the dignified transfer of 11 of the 13 service members who lost their lives on Thursday. While there, the president actually checked his watch. And he wasn't subtle about it, not even close to it.

So predictable and sad.

In terms of on-camera faux pas, this is up there with picking your nose. You just don't do it. https://t.co/z2bOn9hO5k

Looks someone is anxious to go back on vacation. https://t.co/DZQjFrRSrt

The bodies arrived last night, but the president did not go to meet them. To be fair, Julio had on good authority that some family members did not want him there.

Heard from a reliable source some of the families of the service members who were killed in Kabul do not want Biden to be at Dover AFB for the dignified transfers.

Historically. This also happened when SOCS Ryan Owen was killed under President Trump. Ryan’s father, a Green Beret, didn’t want to meet with him. Not sure under President Obama, but wouldn’t be surprised. Under President Bush, I heard a story about him being berated by parents. https://t.co/7wspMFKNyj

I feeling "being berated by parents" comes with the job of being Commander in Chief and trying to be there to pay respect to the service members and their families.

Again, the president wasn't even subtle about it. The fact that it looks as if this is one of his more cognizant moments--though that's not saying much--doesn't help his case.

Of course, the left is likely going to spin this, just as they did when the president appeared to be asleep during a meeting with Prime Minister Naftali Bennett of Israel, whom Biden was meeting for the first time.