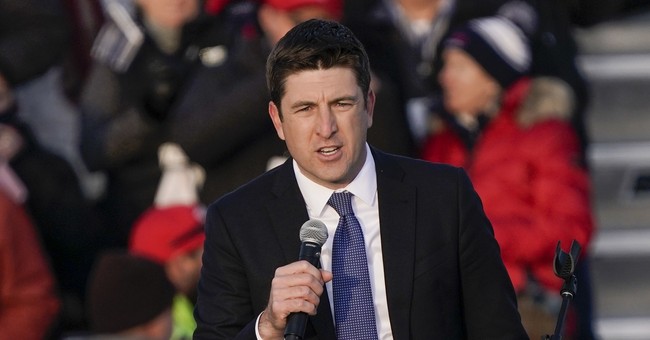 As we have covered here at Townhall, Vice President Kamala Harris denigrated rural voters and their capability to use voter ID during an interview with BET. This certainly didn't go over well, especially in rural America. Townhall spoke with Rep. Bryan Steil (R-WI) who took advantage of remote hearings to bring his committee to rural America.

The congressman is the House Administration Election Subcommittee Ranking Member. He addressed the vice president's remarks during his time, as well as the unconstitutionality of the Democrats' attempts to takeover elections with HR 1. The committee held a Monday hearing on "The Elections Clause: Constitutional Interpretation and Congressional Exercise."

Rep. Steil shared a tweet of himself in his home district when it comes to addressing Harris' remarks. He told Townhall that it was about how he was "going to bring the committee to rural America virtually."

I visited rural America today for our @HouseAdmnGOP election law hearing and — this might shock Kamala Harris — I found that people have camera phones that they can use to take pictures of their photo IDs.

Running water and electricity too! Haven’t found a Kinkos yet. pic.twitter.com/lijYFqOFlg

The congressman acknowledged that his remarks were "tongue in cheek," but also explained that he used these remarks in such a way to "bring some attention to the fact that folks in rural America are forgotten by the liberal elite in Washington, DC."

While "to folks like Kamala Harris, places like Wisconsin is flyover country," Rep. Steil noted that states like the one he represents "are really the bread and butter where things get it done for the United States of America and our economy," especially when it comes to farming and manufacturing.

Steil emphasized that there are those who already acknowledge that rural Americans are "sophisticated," and still issued this reminder for those like the vice president.

He explained that "obviously... rural America is the heart and soul of our country, but also the people there are just as sophisticated as anywhere else, are as smart, as hardworking, and also have resources at their disposal, and want elections that have integrity, that it's easy to vote and hard to cheat."

Another reminder is that when it comes to voter ID, it's "not an impediment to people voting, it's simply a way of making sure that our elections have the safeguards and the integrity so people can feel confident in the results."

Just as congressman did in the portion of his remarks shared over Twitter, he explained that in Wisconsin voters "can simply utilize basic technology that's around to make sure that we are adhering to our voter ID law--which provides integrity in our elections in the state of Wisconsin."

It's not merely elites in public office who don't know much about rural America, but those in the media as well, Steil argued.

He shared that the vice president's take gave him an opportunity to "have a little fun with the mainstream media, pointing out that they don't even know what rural America is."